Anti-law enforcement sentiment continues to be encouraged, promoted, and celebrated within the Democrat Party. The left has made it more than clear that they have no intention of relinquishing the false narrative that police officers are innately racist and abusive.

As Democrats continue to promote and stoke anti-police talking points, this has led to some undesirable consequences. One example includes more and more police officers quitting their jobs, simply because it’s not worth it anymore. 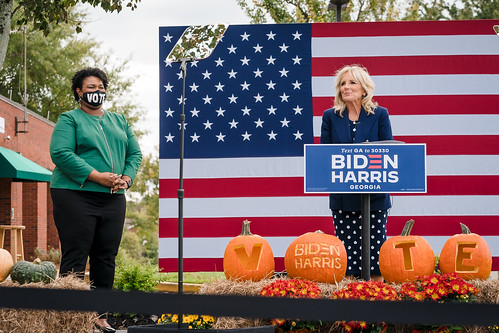 Anti-law enforcement sentiment has furthermore triggered situations where attacks are made on officers; moreover, there are now certain civilians with no police training who believe they know how to do the job better than police officers themselves.

Last week, a statement from Democrat presidential candidate Joe Biden drew light to the danger of anti-police culture, per information from Fox News. While speaking at a town hall event, the former vice president told officers to “shoot [people coming at you] in the leg,” something which numerous law enforcement groups are now censuring.

Biden vs. the Law Enforcement Community

During Biden’s town hall event, he talked about what he views as necessary police reform.

If you’re a member of law enforcement and this doesn’t make up your mind we don’t know what will!!!

The law enforcement community did not make any bones about responding to this suggestion from the Democrat presidential candidate. Police associations branded the “shoot them in the leg” suggestion as ill-informed, ignorant, and dangerous.

A Deeper Dive into the Law Enforcement Community’s Response

Buffalo Police Benevolent Association President John Evans professed that Biden’s comment was “a really foolish statement” despite its intention to appease far-leftists. Other law enforcement officers explained that hitting a moving target is extremely difficult, yet necessary to quell a threat, hence why police shoot for center mass.

Likewise, the law enforcement organization pointed out that a shot to the leg wouldn’t immediately stop a threat, unless it shattered a bone (which is no easy feat).

What do you think about Joe Biden’s “shoot them in the leg” advice to police? Did you like the way that law enforcement responded to the Democrat candidate? Don’t be afraid to let us know your takeaways in the comments section below!