The mainstream media continues to boost Joe Biden up, despite the plethora of shortcomings surrounding his candidacy. From Tara Reade’s sexual assault allegation to Biden challenging voters to push-up contests, forgetting the Declaration of Independence, and more, he’s got some serious issues. 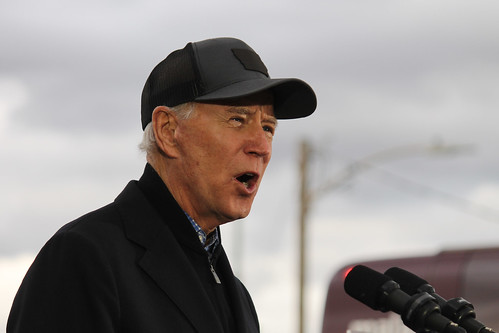 If President Trump did one-tenth of the things Biden does, he’d be absolutely crucified by the press. If Trump mistook his wife for his sister and forgot the names of world leaders, the lamestream media would never let Americans forget it; yet, somehow, Biden gets a pass because of the (D) next to his name.

Rogan on Biden and the Liberal Media’s Permissiveness

During a conversation with biologist Bret Weinstein, Rogan vocalized his thoughts about the leftist media’s permissive attitude towards Biden. The podcast host noted that a sizable amount of Biden’s speeches contain errors and blunders that indicate cognitive problems.

The Left is trying to cancel Joe Rogan over this?

Rogan then pointed out that Biden wasn’t this gaffe-prone during his younger years in the spotlight. The podcast host even branded the former vice president as “not an idea guy” and “Hillary Clinton in a different morphology.”

I had a fantastic conversation with the great and powerful Bret Weinstein, host of the Dark Horse Podcast livestream with his brilliant wife Heather Heying.
He and his wife are both biologists and their… https://t.co/xVWPvnQ2Zx

On prior occasions, Rogan also censured Biden’s tendency to stumble through words, stating that he couldn’t vote for the Democrat nominee. At this point, the left-wing media has not indicated that they plan to ever stop ignoring Biden’s countless flubs.

Since Rogan’s acknowledgment of Biden’s clearly declining mental faculties, certain people on the left have criticized Rogan for speaking up. This only goes to show why the left will lose to President Trump, yet again.

What do you think about the state of Joe Biden’s mental health and cognitive functions? Is he fit to serve as president or even run for president? Let us know in the comments section below!