Since the start of the 2020 presidential election, Democrats have wanted Trump out of office.

This desire to remove Trump actually predates the beginning of this year’s presidential race; from the impeachment sham to unsubstantiated rumors about Russia and Ukraine, Democrats were dead set on “resisting” Trump since his arrival down the escalator. 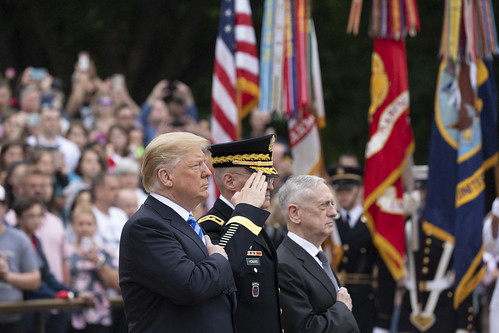 Now, the 2020 presidential election is among us. Results have yet to be finalized. At this time, Americans are learning of tabulation errors, clerical glitches, and computer errors wrongly giving Democrats votes that are meant for Republicans. Meanwhile, several states are recounting their votes and reporting that non-residents and dead people have cast ballots in this election.

Despite all these details, several Democrats have taken to Twitter to declare Joe Biden as the winner of the 2020 presidential election. Some Americans may be shocked to learn that Twitter has actually flagged tweets that speak of “President-elect” Biden, per Fox News.

Just some of the left-wingers to inaccurately and prematurely declare Joe Biden and Kamala Harris as the winners of this 2020 race are as follows: Andrew Yang, Anthony Scaramucci, and Scott Dworkin.

Twitter’s flagging of these tweets comes with a notice warning that “official sources” have yet to determine the winner of the election. This marks one of the few times that Democrats and anti-Trump individuals have found themselves on the receiving end of flags from Twitter.

Since November 3, Twitter has flagged numerous tweets put out by the president.

Yesterday evening, Joe Biden stood before the nation (with Kamala Harris behind him) and gave what appeared to be a thinly-veiled victory speech. The former vice president did not outrightly profess that he’d won the election; however, he did state that he refuses to “wait” to begin working.

In addition to these points, Biden has also professed that he will secure more than 300 electoral votes by the time the 2020 race is over. This is simply not supported by the facts.

During this week alone, Fox News has taken heat for an untimely decision to call Arizona for Biden; meanwhile, a computer software glitch in Michigan showed that Antrim County was wrongly declared for Biden and actually a place where Trump won the vote.

What do you think about Democrats’ rush to profess that Biden is the president-elect of the United States? How do you feel about the reported votes from non-residents and dead people? Share your thoughts about the election with us in the comments section below!