Whenever a politician is seeking office, it’s important to build excitement and energy amongst one’s base. This is what ultimately motivates people to get out to the polls, volunteer, and otherwise help rally support.

President Trump is a politician who has certainly managed to energize and enthuse his base. Earlier this month, Americans camped outside of the Bank of Oklahoma Center days ahead of the time when Trump was scheduled to speak at a rally. Suffice it to say, Americans who support the president REALLY support him. 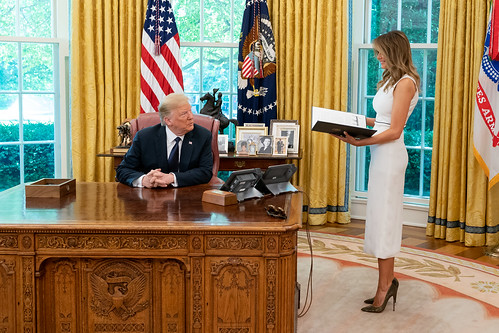 However, reports from Breitbart News confirm that the same points cannot be made about Democrat nominee Joe Biden. As a matter of fact, Democrat voters are apparently struggling to get excited about Biden’s candidacy.

In a nutshell, leftist support for Biden is largely motivated by hatred for Trump, rather than love for Biden. This means that many Democrat voters view Biden as merely a means to an end to getting the current president out of office, hence why Biden has a base.

Folks, tomorrow night marks our first end-of-quarter deadline of the general election. We need your help to hit our goal so we can catch up to Donald Trump's hefty cash-on-hand advantage.

I know times are tough, but if you're able, please chip in today: https://t.co/mv8ZZdhwAI

By contrast, Americans who support President Trump largely do so because of his policies, no-nonsense attitude, and ability to stand up to the political establishment. The motivations behind support for Trump and support for Biden are totally different entities; ultimately, this dynamic is what explains the enthusiasm gap in backing for these politicians.

In the memo, Stepien touched upon the “historic support” for Trump within the Republican Party. The deputy campaign manager then contrasts this with Biden’s failure to “inspire or coalesce” Democrats who he expects to vote for him in the general election.

Stepien then pushed back on the polls which have shown Biden leading Trump in certain places. The deputy campaign manager explained that Republicans’ support for Trump outweighs Democrats’ support for Biden, hence placing the former in a stronger position to win 2020.

Thus far, Joe Biden has not responded to concerns about the absent enthusaism for his candidacy; likewise, his campaign has yet to come forward with any public statements either.

What do you think about the enthusiasm for Joe Biden vs. the enthusiasm for President Trump? Do you believe that Biden stands a chance of making Trump a one-term president? Let us know your thoughts in the comments section below!