Riots happening in Portland, Oregon continue to make headlines. Mayor Wheeler has continued verbal appeals for residents to cease acts of violence, but to no avail. The Portland mayor has also taken criticism for lashing out at the federal government’s efforts to cease violence in the city. 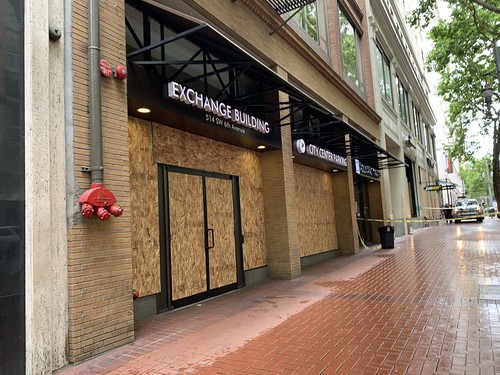 The mainstream media continues its attempts to paint social unrest in Portland as a form of “peaceful protest.” However, the facts simply do not bear this out. From an objective point of view, setting buildings on fire and attacking police officers are not acts of peaceful protest.

The Truth About The Crisis in Portland

For weeks and now months, the media has attempted to fault federal officers for the acts of violence in Portland. Democrats have also furthered this narrative, accusing federal agents in Portland of abducting city residents; thus far, there is no evidence to support such claims.

On Tuesday, the DHS secretary held the mainstream media’s feet to the fire. Wolf pointed out that there are very real differences between peacefully protesting and engaging in arson and riots.

Reality Check: It’s been 10 days since the agreement between DHS and Oregon. During that time, @PortlandPolice has declared riots or unlawful assemblies 12 times.

Rioting and arson are not actions of peaceful protesting. pic.twitter.com/4hdZ5Vi90b

The Democrats and members of the mainstream media remain notably silent about these differences; however, they are quick to condemn Americans who attend Trump rallies or protest against mask mandates and lockdowns.

Portland police officers continue to face very real danger when striving to stop acts of destruction in the city. Rioters have launched rocks, fireworks, and other dangerous objects at local officers doing their jobs.

A Path to Law and Order

If the Portland mayor truly wanted to stop acts of destruction in the city, he could do so.

Calling in the Oregon National Guard is always an option, as is requesting intervention from the federal government. President Trump has previously stated that federal officers could restore law and order in Portland within 24 hours if Mayor Wheeler requested the assistance.

This order also includes all journalists and members of the press.

At this time, there are no strong indicators to suggest that the Portland mayor will take real action to combat acts of lawlessness and destruction in the city. The mainstream media’s likelihood of continuing to cover arson and riots as “peaceful protests” also remains very high.

What do you think about the DHS secretary’s criticism of the mainstream media’s coverage? Do you think peaceful protesting entails arson, vandalism, and riots? Let us know in the comments section below!