Amid COVID-19, the Michigan government has maintained some of the strictest limitations. The state’s Governor Gretchen Whitmer, at one point, disallowed residents from traveling in between their homes or visiting friends’ residences.

Over the course of 2020, the Michigan governor has also repeatedly extended the state of emergency. Ongoing extensions triggered tensions with Michigan Republicans and others that believe Whitmer overstepped her legal bounds. At certain points, even some Democrats came out with criticism against the Michigan governor’s edicts. 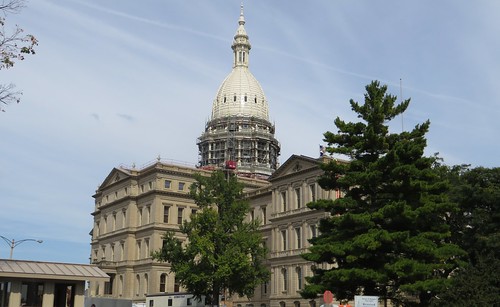 However, new information from Washington Examiner affirms some good news for Michigan residents. On Thursday, Whitmer gave the green light for fitness centers and gyms to reopen across the state.

During a press conference, Whitmer lauded “the best science and data,” citing these things as necessary tools to ensure the safety of Michigan residents. The governor also asserted that the state’s “hard work” has ultimately paid off.

Whitmer ultimately urged Michiganders to “stay safe” and “be smart.”

Wearing a Mask While Exercising

The safety of wearing a face mask during exercise remains highly contested.

Many sources and individuals have argued that face coverings can actually impede necessary breathing patterns while engaging in exercise. Even the World Health Organization (WHO) went on record and stated that individuals should decline to wear face masks while actively participating in exercise.

Do you you expect people to wear a mask while they run on the treadmill? This is going to harm way more people than it helps. pic.twitter.com/E4fMu1KDS9

This is clearly not something that the Michigan governor took into account. Weeks ago, however, Planet Fitness attempted to institute a mask requirement for its gym-goers; although, after large amounts of individuals cancelled their memberships, Planet Fitness walked things back and stated that members are not required to wear masks while exercising.

Many other gym chains have steered clear of demanding their members to wear face masks while actively working out.

What do you think about the Michigan governor giving gyms and fitness centers the green light to reopen? Is it safe to wear a face mask while actively exercising? Share your views with us down below in the comments section.

Republicans Look Ahead Amid Post-Trump Presidency