Michiganders continue to live under some of the most austere mandates amid coronavirus. Michigan Governor Gretchen Whitmer has made national headlines over the past few months regarding her controversial responses to coronavirus.

Issuing mandates for businesses to enforce mask requirements caused Whitmer to take some heat. Her repeated extensions of stay home orders also prompted backlash along with her recent veto of legislation to keep COVID-19-positive individuals out of nursing homes. 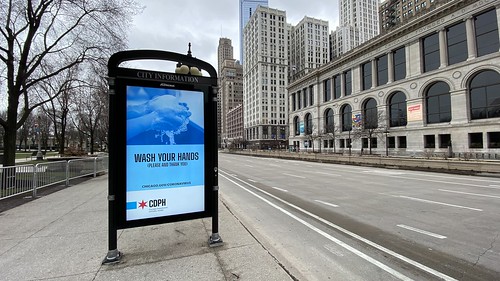 Another notable part of the Michigan governor’s orders entails a call for state residents to steer clear of gatherings. However, Whitmer breached her own rules on gatherings last weekend when she attended a Michigan National Guard ceremony, reports Townhall.

A Closer Look at Whitmer’s Violation of Her Own Rules

On multiple occasions, the Michigan governor has explicitly stated that Michigan residents have a responsibility to not behave in ways that will increase the spread of coronavirus. Per Whitmer’s own words and mandates, this means wearing a mask, steering clear of gatherings over 100 persons, social distancing, etc.

However, on Saturday, Whitmer once again proved that she views herself as exempt from the guidelines that other Michigan residents are supposed to follow. This is why the governor of Michigan attended a Michigan National Guard ceremony with roughly 720 individuals.

#NorthernStrike fuses #Michigan's unique capabilities to increase overall unit readiness. "This is a great opportunity to bring together other countries and other units to focus on one objective and work together as a team." – Staff Sgt. Stephen Dulworth, 1-119th Field Artillery pic.twitter.com/AJFT4Slura

When giving remarks at the event, Whitmer professed herself to be “honored” to attend. The Michigan governor then went on to laud the state’s National Guard before acknowledging their service to various communities.

Of course, Whitmer’s breach of her own guidelines has prompted backlash since other Michiganders don’t have the luxury of attending 720-person gatherings without the risk of citations.

“Rules for Thee, Not For Me”

This weekend is not the first time that Whitmer has violated her own coronavirus requirements.

Since Whitmer’s attendance at this past weekend’s ceremony, one of her spokespersons has denied that Whitmer sent any “mixed messages.” However, the Michigan governor’s spokesperson did not yet share answers on whether or not military or state workers are exempt from COVID-19 executive orders.

Are you surprised that the Michigan governor, yet again, failed to adhere to her own executive orders? Let us know in the comments section below!

Coronavirus and the 2020 Elections are Linked