Democrat mayors have continued to face criticism over the past several months; this criticism arrives in response to their management of looting, destruction, and anarchy in their cities.

Many Democrat mayors, such as Portland’s Ted Wheeler, are refusing to allow federal authorities to come into their cities and stop crime. At best, liberal mayors are making verbal appeals for riots to end while ignoring the fact that members of their communities simply aren’t listening. 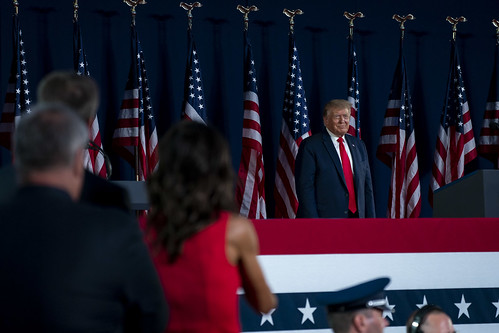 However, some left-wing mayors appear to be having a change of heart. New information from Townhall confirms that several mayors in Minnesota have broken from their party and endorsed President Trump’s re-election.

The group of Minnesota mayors to endorse the president maintain that the Democrat Party has become too radical for their liking. In a joint letter, the Democrat mayors of Virginia, Chisholm, Ely, Two Harbors, Eveleth, and Babbitt explained their endorsement of President Trump in no uncertain words.

Leaders from Democrat cities on the Iron Range of Minnesota ENDORSE @realDonaldTrump & @Mike_Pence!

“Today, we don't recognize the Democratic Party. It has been moved so far to the left it can no longer claim to be advocates of the working class.”https://t.co/JkL1uhl8Xf

The letter informed that Biden and other Democrats like him have only enabled job loss, flight from Minnesota, and higher taxes. The Minnesota mayors also lauded President Trump for restoring the economy, reducing taxes, and pushing for reforms that will benefit middle America.

Finally, the Minnesota Democrat mayors branded Joe Biden as out of touch with the needs of Minnesotans, the working class, and America as a whole.

The Minnesota mayors listed above are far from the only ones to break party rank and endorse President Trump.

Over a year ago, Rep. Jeff Van Drew made headlines after switching from a Democrat to a Republican. During the Republican National Convention, Georgia Democrat Vernon Jones spoke in favor of President Trump and backed his re-election.

Vernon Jones: "Joe Biden has had 47 years to produce results but he’s been all talk and no action."#BlackVoicesForTrump pic.twitter.com/2XdGG54xKJ

For some time now, conservatives have maintained that Democrats are losing the middle. This appears to be accurate. Many self-proclaimed Democrats are criticizing their own party for its establishment and policies that are on the fringe. Others have stated that a very radical Democrat Party will only guarantee President Trump’s re-election.

The mass endorsement from several Democrat mayors in Minnesota is a big deal for President Trump’s campaign. Some are even speculating that the president may be able to win Minnesota in the general election. At this time, a new poll shows that Trump and Biden are tied in the state at 47% each.

Are you surprised to see more Democrats breaking party rank and endorsing President Trump’s re-election campaign? Be sure to let us know in the comments section below!