More Biden Ads to Appear in Iowa and Georgia

While both candidates have ads, the president does not rely upon ads as his main form of campaigning. Trump is getting out and about, traveling to states like North Carolina, Florida, Michigan, etc., to directly speak with voters face-to-face. 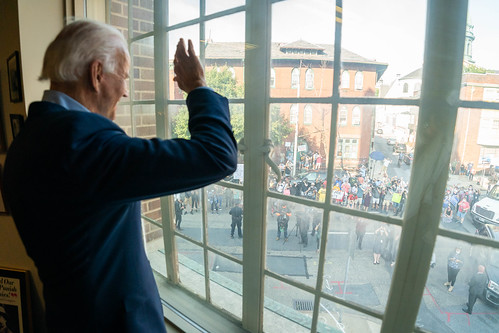 Meanwhile, the precise opposite is true regarding Joe Biden. On the few occasions that Biden has traveled, he has not spoken before audiences; furthermore, Americans have seen more Biden ads then they’ve seen of Biden.

Critics continue to pan the former vice president for almost taking a defensive approach to seeking the White House. Nevertheless, while Biden remains in his basement, new ads meant to benefit his campaign are set to pop up in Iowa and Georgia, according to sources.

What to Know About Biden Ads in Iowa and Georgia

The former vice president’s election ads are meant to improve Americans’ outlooks on Biden and increase support among certain demographics; however, the purpose of Biden’s ads in Iowa greatly differ from the ones that Georgians will see.

In Iowa, the Democrat nominee will attempt to win over voters by promoting himself as most equipped to take on COVID-19. Likewise, the former vice president will also work to convince Iowans of his “leadership” capabilities as a means of pitching himself for the White House.

Honor and decency are on the ballot this November. pic.twitter.com/pWmWySJAs5

Biden’s ads in Georgia, on the other hand, will be designed to appeal to African-American voters. To do this, Georgians will be reminded that Kamala Harris, a African-American and Indian woman, is Biden’s running mate; the former vice president’s ads will also focus on his promises to eliminate cash bail and erase private prisons.

The Future of the Biden Campaign

Despite his best efforts, the former vice president’s campaign will be impacted by more than just election ads.

My Build Back Better plan, and in fact my entire campaign, is built upon a single concept: it’s time to reward hard work in America, not wealth.

The GOP is currently preparing to release a memo regarding Biden’s policies, actions as Obama’s vice president, and his involvement in Hunter Biden securing employment with a gas company in Ukraine. If all goes as planned, the memo will become public shortly before Biden debates the president in Ohio next week.

Why do you think Joe Biden is relying so heavily on election ads to carry him over into the White House? Let us know down below in the comments section.