In many ways, the United States is witnessing division like never before. Political animosity maintains as Americans battle over whether or not the nation should elect Joe Biden as president or vote Trump into his second White House term.

“Pandemic politics,” or the politics linked to coronavirus are also extremely heated and divided. Folks across the country have strong and often contrasting opinions about the virus, the science behind it, and appropriate mitigation strategies. 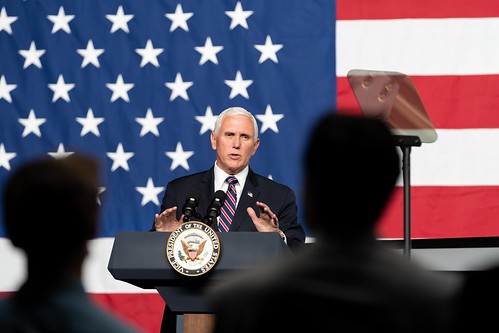 As all this plays out, more and more Americans are experiencing dissatisfaction with the current condition of the United States. A new Pew Research Center survey confirms that more than 70% of Americans feel “angry” about the current state of America, according to Breitbart News.

According to the survey’s findings, 63% of Republicans and 78% of Democrats are angry about the present state of America.

67% of individuals polled within the Pew Research Center also confirmed that they will vote for Joe Biden; however, the reported votes for Biden are motivated by the opposition against Trump, rather than support for the former vice president.

There is little variation across demographic groups in the shares of Americans who say they feel angry or fearful about the state of the nation. https://t.co/yBNcKk5EXu pic.twitter.com/p6MOPSVo8t

Findings from the survey also remain consistent when considering demographics outside of partisanship. At least 66% or more of individuals across all age groups are not pleased with the current condition of the United States.

How Americans Feel About the Future

While most people in the United States are dissatisfied with the current state of affairs, there seems to be some hope for the future.

Younger adults are somewhat more likely than older adults to say life will be better for future generations. https://t.co/dv2VlA8JPD pic.twitter.com/gmcUC86n45

More data from Pew Research Center shows that 33% of young people believe life in the future will yield better, more favorable outcomes. By contrast, only 20%-23% of older people share this outlook, as do 23% of Republicans and 27% of Democrats.

Only time will tell how long the current anger lasts. As partisan politics and coronavirus politics play out, breaking news is happening just about every single day now. The overlap between the two has also contributed to dissatisfaction, anger, and unrest in many regards.

What do you think about the information from Pew Research Center? Are you angry about the current state of America? Is there hope for the future? Let us know your thoughts and opinions down below in the comments section.