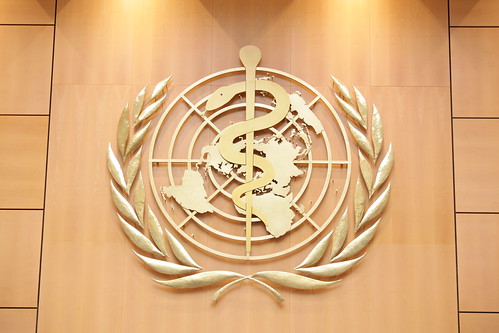 “Logo of the World Health Organization” (CC BY-ND 2.0) by US Mission Geneva

Democrats, for all their talk of following the science, have completely ignored this; as a matter of fact, they’re pushing for lockdowns like never before. Just earlier this week, a doctor on Joe Biden’s COVID-19 task force proclaimed that America should undergo a strict, nationwide lockdown for four to six weeks.

This may be a leftist dream, but new information from Newsmax shows that most Americans are no longer willing to comply with lockdown orders.

Saying NO to Mass Lockdowns

According to Gallup, 49% of Americans expressed that they’d comply with orders to stay home for four weeks if coronavirus broke out in their communities; 49% marks an 18% decrease from the 67% of Americans who confirmed their willingness to obey the aforementioned orders earlier this year.

18% of Americans categorized themselves as “somewhat likely” to adhere to the aforementioned guidelines, whereas 33% confirmed that they were not at all likely to obey shutdown mandates.

Thanks to unscientific school shutdowns, kids are falling back academically, slipping into loneliness-induced depression, dying by suicide at insanely high rates & are subject to a higher likelihood of domestic abuse. Lockdowns are terrible leadership.

Of course, the perception of lockdowns and willingness to adhere to lockdowns maintains staunch partisan divides. 40% of GOP members stated that they’d abide by stay-at-home directives, while a whopping 87% of Democrats said the same.

However, the willingness to adhere to these orders has dropped among both Republicans and Democrats; earlier in 2020, 74% of Republicans and 91% of Democrats were willing to shelter-in-place if the government ordered them to.

As time goes on and as leaders continue to assert that lockdowns and mask mandates are the only means of combatting COVID-19, theories are arising about the true motivations of these strategies.

Yup this is his “Dark Winter” the final death throw to kill America and usher in the Great Reset 👎🏼 this is what the blind fools voted for #ElectionFruad2020 #ElectionCoup2020 pic.twitter.com/YFDDSE2tjv

On social media, some folks have suggested that mass lockdowns and forced masking are part of “the great reset” agenda. In a nutshell, this agenda would strip individuals of their freedoms, handing total control of people’s lives over to an authoritarian and fascist big government.

All in all, the numbers clearly show that, as time passes, fewer and fewer Americans are willing to be locked down by the government.

What do you think about lockdowns at this point? Are you willing to comply with the government’s orders to stay home and shelter-in-place? Let us know down below in the comments section.