Before November 3, most Americans were of the belief that this election would be free and of integrity. However, over the past week, this belief has significantly changed.

Amid allegations of voting irregularities, ballots found in trash bins, whistleblowers giving sworn affidavits that they were ordered to change ballot dates, etc., confidence in this election has greatly lessened amongst certain groups. 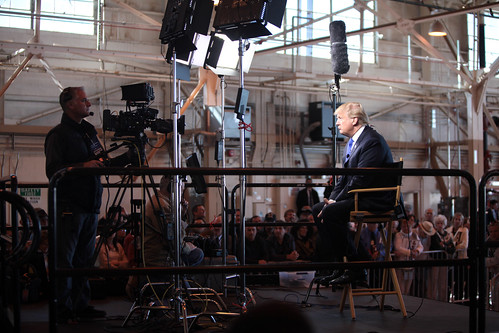 Of course, Democrats are ignoring and dismissing any claims of voter fraud; in fact, they’re still running with the false narrative that there is absolutely no proof of election fraud, voting irregularities, or the like.

The truth of the matter is that proof is very much alive. As a matter of fact, the proof is so potent that the vast majority of Republicans don’t think the 2020 presidential election has been free or fair thus far, confirms Breitbart News.

The Outlook on the 2020 Presidential Election

According to a poll from Politico and Morning Consult, seven out of ten Republicans believe this current election lacks freedom and fairness. This new shift marks a 100% increase from the 35% of Republicans who felt this way prior to November 3.

Almost 80% of Republicans who believe this election was dishonest also maintain that that voting-by-mail engendered fraud; likewise, 72% are of the belief that ballots were doctored.

WE ARE MAKING BIG PROGRESS. RESULTS START TO COME IN NEXT WEEK. MAKE AMERICA GREAT AGAIN!

These beliefs are, of course, supported by whistleblowers’ accounts that they received commands to backdate certain voters’ ballots. Needless to say, backdating ballots is very much illegal and constitutes voter fraud.

Due to the strong reports of irregularities, cheating, and prohibition of GOP ballot watchers observing the vote count, Republicans are taking their concerns before a court of law. As things currently stand, Americans shouldn’t be shocked if the 2020 presidential election winds up before the Supreme Court.

Faith in the Electoral Process

In order for the American people to have faith and confidence in the electoral process, there has to be security in its legitimacy. Right now, that security is gravely absent.

When Democrats block GOP poll watchers from observing the counting of ballots, it begs to question what the left is hiding. When Dominion Voting Systems causes at least thousands of votes for Trump to be transferred into votes for Biden, this raises uncertainties about the integrity of this election.

Republicans remain committed to ensuring the count of every legal vote while also taking up their concerns about this election before the courts.

Do you believe the 2020 presidential election has been fair and honest thus far? Please let us know your views in the comments section below!