Like several other cities across the nation, Cincinnati, Ohio continues to struggle with violence and acts of destruction.

For months now, violence in the streets has surged following the death of George Floyd. Americans who continue to observe this destruction are also noticing patterns and commonalities between cities plagued with crime and anarchy. 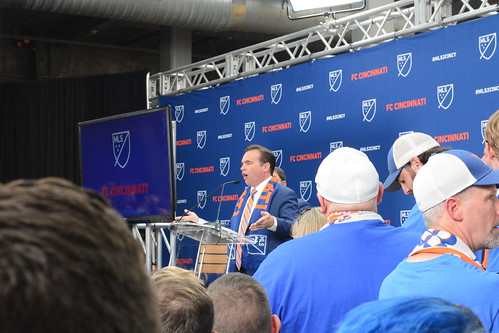 All of these major cities are led by Democrats; furthermore, the violence keeps surging and escalating as leaders decline to act or call in their National Guards.

In the case of Cincinnati, violence reached an unfortunate milestone on Saturday. Within mere hours, 18 people were shot and injured in the Democrat-run city, while four individuals are confirmed as dead, according to Washington Examiner.

A Closer Look at the Breakdown of Cincinnati

During the weekend, shootings and murders broke out in Over-the-Rhine and Walnut Hills neighborhoods.

Over the course of this year alone, violence in the city has surged with shootings happening multiple times per week. This past weekend only marks another notch in growing destruction.

Response from the Cincinnati Mayor

Despite recurring violence in the city, the mayor has not chosen to bring in the Ohio National Guard.

Instead, Mayor John Cranley (D) issued a two-page statement on his Twitter account over the weekend. Within his written remarks, the Democrat mayor professed that “senseless gun violence” is destroying the lives of local residents; Cranley also noted the link between bar closures and higher increases in crime when residents have nothing else to do.

Furthermore, the Cincinnati mayor stated that he is presently working with the Cincinnati Police Chief in order to “address crime” and find the responsible individuals. Cranley also censured the presence of guns at various gatherings, citing the firearms as “far too prevalent.”

Critics of the Democrat mayor have stated that acts of violence are an aftereffect of him restricting local police from effectively doing their jobs.

What do you think about the recurring patterns of crime in Cincinnati, Ohio? Do you believe the Democrat mayor is appropriately leading the city? Be sure to share your perspectives and opinions with us in the comment section below!