Never Trump “conservatives” continue to remain a minority within the Republican Party.

The reality here is that the vast majority of conservatives in America support and back the president; meanwhile, Never Trumpers have attempted to make a name for themselves as the Republicans who oppose Trump, yet still believe in traditionally conservative values. 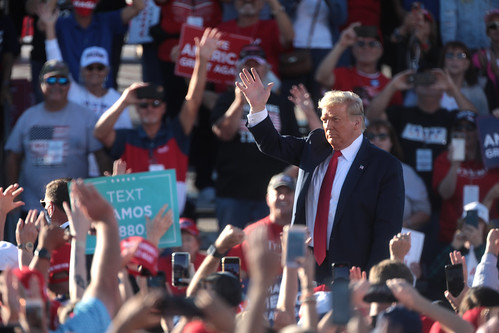 Thus far, this isn’t working out too well for the Rick Wilsons and George Conways of the “conservative” movement. True conservatives do not view Never Trumpers as legitimate and despite the best efforts of the Never Trump crowd, Democrats and progressives aren’t really embracing them either.

In fact, Breitbart News reports that the leftist crowd is actually rejecting and diminishing the Never Trumpers, just as these “conservatives” have done to the president and his supporters.

The Fall of the Never Trump Base

Some of the most notorious Never Trumpers are the McCain family, the Lincoln Project, George Conway, Jeb Bush, John Kasich, Rick Wilson, etc. The Never Trump base, in their haste to oppose the president, went to the other side of the political spectrum and backed Democrats.

One fundamental problem in our information ecosystem is that most of the country relies on news outlets owned by corporations and billionaires, and funded by corporate advertisers. This is why the news discourse never questions oligarchy. If that doesn't change, we're fucked.

However, the support is far from mutual; in fact, Democrats like Linda Sarsour and House Rep. Alexandria Ocasio-Cortez are openly stating that Never Trumpers are not to be taken seriously. They also clearly view the Never Trump crowd as a liability to progressive goals; apparently, even the “conservatives” who hate the president are too right-wing for the radical left.

As Democrats double down on the media’s claim that Biden won the 2020 race, they are especially worried about Never Trump “conservatives” pulling Biden to the right, rather than to the left.

As Never Trumpers are given the boot by Democrats, they won’t have the GOP as a home to return to.

The Republican Party is not a monolith; however, there are also certain values that commonly align with Republicanism and conservatism. These are values that Never Trumpers have rejected; not only does the Never Trump crowd back and support Democrats, but they also share a disdain for Republicans who actually do back President Trump.

The Lincoln Project raised $67 million to win more Republican voters to Biden. They spent it on "consultant fees."

And Joe Biden just did worse among Republican voters than Hillary Clinton did in 2016.

What do you think about Democrats turning on Never Trumpers? Be sure to share your takes with us in the comments section below!