Since Trump’s time in politics, he’s maintained record high ratings of approval within the Republican Party. It goes without saying that the vast majority of Republicans and conservatives are supportive of the president, his policies, and his re-election.

Folks on the right who do not support Trump are commonly referred to as NeverTrumpers. NeverTrumpers first emerged during the 2016 presidential election; throughout this period, they claimed that then-candidate Trump served as a poor representation of the Republican Party. 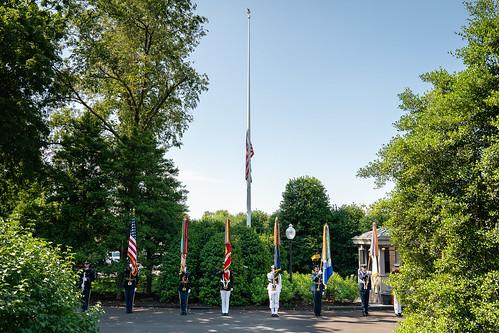 Four years later and the talking points have not changed. As a matter of fact, reports from Washington Examiner confirm that NeverTrump Republicans are joining forces with Democrats to help get Joe Biden into the White House.

What to Know About Anti-Trump Republicans and Pro-Biden Democrats

Loathing for President Trump is the one thing that unites NeverTrumpers and Democrats who want Joe Biden in office. This mutually-shared loathing is why Republican Voters Against Trump and others like them are seeking to help Biden win in critical battleground states.

NEW: Republican Voters Against Trump Ad running in SC/NC/DC.@lindseygrahamSC on @JoeBiden: "as good a man as God ever created."
WATCH & SHARE #LGLovesJoe pic.twitter.com/qyWCSccfXZ

GOP voters who oppose the president are making themselves heard via online and television advertisements. Thus far, NeverTrumpers are planning to spend a whopping ten million dollars on their crusade to get battleground state voters in support of Biden.

And if anyone knows about breaking the law, it’s the Trump Administration. https://t.co/7fmyh9nrR5

NeverTrump Republicans have compared their crusade to a “grand coalition similar to World War II.” They also pride themselves on aligning with “center-left” organizations in the hopes of making Trump a one-term president.

It’s important to remember that NeverTrumpers’ efforts against Trump didn’t work in the 2016 election; they also won’t work this time around. Despite what Democrats and the minority of anti-Trump Republicans might like to believe, the silent majority remains supportive of this president.

It’s why Trump defeated Hillary Clinton in 2016 and why he’ll also defeat Joe Biden this year.

What do you think about NeverTrump Republicans aligning themselves with the Democrat Party? Let us know in the comments section below!