Childhood gender transitioning is a very heated social issue. Some people are all for it, while others have sounded the alarm about children making a decision as permanent as gender transition surgery.

Often, proponents of childhood gender transitioning claim that those with concerns or reservations about this are “hateful.” Backers of gender transition surgery for children also tend to point to anecdotal cases where such transitions yielded positive results and happy outcomes. 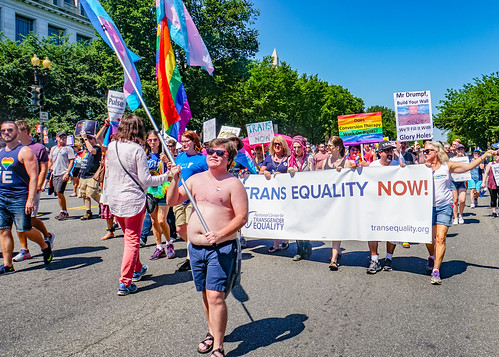 The debate has, yet again, resurfaced. Over the weekend, Harry Potter novelist J.K. Rowling posted a series of tweets, articulating her concerns about childhood transgenderism, as reported by Breitbart News.

This subsequently prompted multiple activists of transgenderism to attack Rowling, while other individuals came to her defense.

The Great Debate on Childhood Transgenderism

In Rowling’s tweet, she stated that children and other young people who are gay or believe themselves to be transgender should not be “shunted” towards gender transition surgery. The Harry Potter author also pointed out that several health experts have concerns regarding the pressure that some young people face to accept transgender-based surgery.

Many, myself included, believe we are watching a new kind of conversion therapy for young gay people, who are being set on a lifelong path of medicalisation that may result in the loss of their fertility and/or full sexual function. 5/11

Rowling also warned that pushing children into gender transition surgery has lifelong impacts that typically cannot be undone. Some examples of such impacts include the inability to have children and potential loss of sexual capabilities.

In later tweets, the author pointed out that activists of transgenderism tend to deny the harmful impacts of anti-depressants that were wrongly prescribed to young people in the past. Some of the harmful impacts included, but were certainly not limited to, depression and other forms of emotional distress.

Rowling then ended her thread of tweets with a link to an article noting the failure of reversing gender transition surgery.

This weekend does not mark the first time that J.K. Rowling has spoken out about matters relating to transgenderism.

Can’t believe the misogyny inherent in telling women like @jk_rowling that their success, achieved entirely on their own merit, means that they have no right to talk about their own sex, own lived experience, or women’s rights. How many justifications are found to silence women.

Weeks ago, Rowling professed that the experiences of biological women tend to differentiate from that of transgender women. This prompted intense backlash from the social justice warrior left that accusing the author of hate speech towards transgender people.

After her latest thread, critics have continued to accuse Rowling of being “transphobic” and bringing harm upon transgender women. Thus far, however, the Harry Potter author continues to stand by her position in the debate regarding gender transition surgery and children.

What do you think about remarks from J.K. Rowling? Do you believe that gender transition surgery should be accessible to children? Let us know in the comments section below!