As the 2020 presidential election goes on, President Trump and Democrat nominee Joe Biden continue to go after one another; this has taken place both directly and via their campaigns.

The Trump 2020 campaign routinely points out incidents that indicate cognitive issues on Biden’s end. Some examples of said incidents include Biden’s strange statements about a “cold war future,” forgetfulness of the Declaration of Independence, and much more. 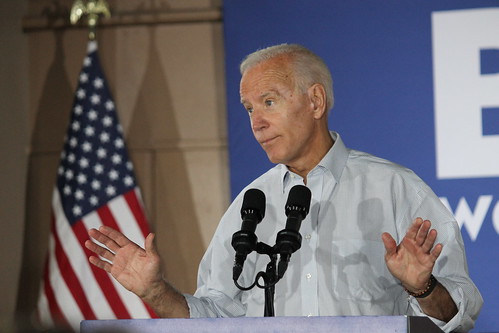 The former vice president’s decision to continue campaigning from his basement is another point regularly brought up by Trump’s re-election team.

Biden’s campaign has largely pushed back against statements from the president and his allies, claiming that Biden remains in touch with both the press and voters.

However, this hasn’t stopped heated and contentious debates about the Democrat nominee’s overall mental stability and wellness, explains Washington Examiner.

Earlier this week, Fox News host Sean Hannity and Dallas Mavericks owner Mark Cuban clashed about the cognitive fitness of Joe Biden. Hannity had Cuban on the show and challenged him about Biden’s fitness to serve as commander-in-chief.

When the Fox News host asked Cuban about whether he views Biden as having the “stamina” to lead a nation, the latter responded with a resounding “yes.” Cuban explained his belief that Biden is interested in “[running] a country” before claiming that Trump just wants to manage a campaign.

Hannity pushed back against this, challenging Cuban to provide a “bumper sticker.” Shortly thereafter, the Fox News host asked Cuban what Biden has done or accomplished after five decades of a political career.

Cuban subsequently shot back, citing the former vice president’s involvement in Obamacare and a comeback from 2007’s Great Recession. Following this response, Hannity listed a series of President Trump’s accomplishments, despite Cuban shaking his head in disagreement.

The Trump Campaign on Biden’s Fitness to Serve

At this time, the Trump campaign continues to point out Biden’s failure to engage in direct press conferences. Earlier this morning, Trump 2020 campaign manager Brad Parscale noted via Twtter that the former vice president hasn’t held a press conference in 84 days.

His handlers don’t want him talking without a script since he gets confused, lost in his own mind, and aimlessly wanders all over the place.

The guy is not right.

Letting him run for President is just so SAD!

Parscale continued, asserting that the lack of press conferences only speaks to Biden’s inability to handle free and unscripted conversations. Biden, for his part, continues to claim that Trump’s policies, rhetoric, and response to COVID-19 make him unfit for a seocnd term in office.

What do you think about the growing debate on whether or not Joe Biden has the fortitude to lead America? Share your views with us down below in the comments section.