During this week alone, America has landed into another debate about whether or not to reopen schools this far.

Some folks are of the belief that schools should remain closed due to coronavirus. Individuals with this mindset maintain that reopening schools is simply too risky and will place students and teachers at risk; this mindset comes in spite of scientific data showing that childhood transmission of the coronavirus is exceedingly rare. 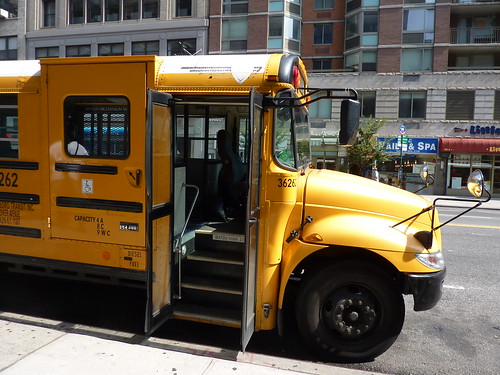 Americans who do favor reopening schools note the negative impacts that continued closures will have on the educational, mental, and social growth of young people.

In the wake of this debate, New York City Mayor Bill de Blasio has announced that local schools will reopen on a “part-time” basis, confirms Breitbart News.

What to Know About the Return of New York City Schools

Yesterday, the New York City mayor announced a plan for a phased reopening of local schools. Per this plan, no more than twelve individuals will be permitted to occupy classrooms at a single time.

Social distancing is also required and school principles will have the remainder of this month to determine the number of individuals — including students and faculty — that can fit within the premises at once.

Through a mix of in-school and at-home learning we can make more space in every classroom and building. That means most kids coming to school 2 days a week.

It’s a first for NYC public schools but it’s the only way to bring kids back safely.

A part-time reopening serves as a major blow to many parents in New York City. The socioeconomic background of many inner-city parents requires them to go to their jobs even amid COVID-19.

Therefore, this incomplete reopening of schools this fall will pose challenges for parents who are struggling to support their children while simultaneously providing for their families.

The Statement from Mayor De Blasio

The New York City mayor has strongly defended his plan for local schools amid backlash from people who disagree. De Blasio maintains that New York City is not going to “recklessly charge ahead” and ignore feedback from the science community.

Hi I’m Bill DeBlasio and welcome to the city I have revamped… pic.twitter.com/LeibETf4MM

On Twitter, the New York City mayor stated that his plan is “the right way” that will “keep everyone safe.” Social media users pushed back on this, however, noting the increases of crime that continue to mount in New York City.

Over the course of this week alone, some people have called for Mayor De Blasio to step down from his position of leadership.

Do you believe that New York City schools should reopen on a “part-time” basis? What do you make of Bill de Blasio’s leadership in the city? Let us know down below in the comments section.