Major cities across the nation continue to struggle with crime, violence, and other serious problems.

Now, communities with these issues share several commonalities with one another, none of which are good; major, struggling cities currently exist under Democrat leadership, have allowed leftist mobs to essentially rule, and either have or are preparing to defund the police in one capacity or another. 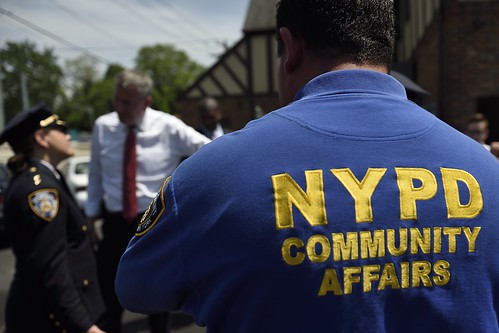 One of the major cities that is not doing so well is New York City, of all places. Mayor Bill De Blasio (D) has implemented some of the most stringent measures in the name of fighting coronavirus; however, New York City still has much more serious demons to contend with, reports Breitbart News.

What to Know About the New York City of Today

If you viewed the social media accounts of the New York City mayor, you might believe that coronavirus checkpoints, the U.S. census, and storm damages are the greatest issues faced by the local community. Naturally, this assumption would be incorrect.

To date, New York City is facing shocking rates of robbery increases and other crime surges; ironically, this is happening around the time that Mayor De Blasio decided to withdraw a grand sum of one billion dollars from the budget of the New York Police Department.

I’m at City Hall with the latest updates. https://t.co/Ctt4qeHnD4

Despite crime surges, De Blasio is more focused on painting Black Lives Matter murals in front of Trump Tower New York and ordering people who enter New York to quarantine for two weeks or face a $10,000 fine. This manner of leadership has, of course, earned De Blasio criticism from conservatives.

Earlier this week, Fox News host Tucker Carlson slammed the New York City mayor for his mandatory quarantine orders. Carlson noted that De Blasio has failed to explain the science behind such a decree because it does not exist.

The Fox News host also ripped into De Blasio for the management of crime in New York City. Carlson pointed out that the city recently allowed the release of a gang member from prison, only for this individual to later go out and commit additional crimes.

Ultimately, Carlson stated that De Blasio needs New Yorkers to “stay terrified of the coronavirus” so that they don’t notice the surging crime and dilapidation that surrounds them.

What do you think of the New York City mayor’s leadership? Let us know in the comments section below!