In many ways, the treatment of law enforcement is turning out to be a huge reckoning on the 2020 presidential election.

Multiple cities have already moved to defund or disband their police departments; although, others are actually putting in the work to increase funding for local police in the upcoming year of 2021. As time goes on, Americans are bearing witness to the link between crime and cities that have chosen to abandon police. 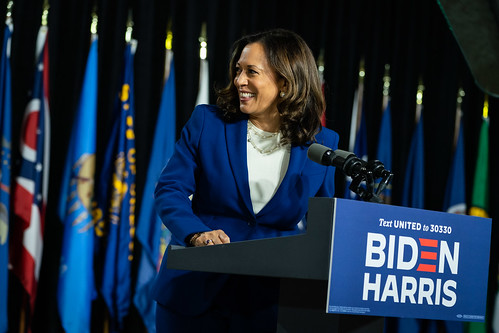 “Announcement of Senator Kamala Harris as” (CC BY-NC-SA 2.0) by Biden For President

This year’s presidential election has created a clear contrast between President Trump and Joe Biden. As Biden works to unseat President Trump, he’s having a hard time winning over the support of the law enforcement community.

The support from the New York City Police Union arrives after multiple other police organizations have endorsed and backed the current president. Within a speech, Patrick Lynch, the union’s president, lauded Trump for his service and respect for the law enforcement community.

Lynch specifically stated that the New York City Police Union has rarely, if ever, endorsed a presidential candidate; however, the union’s president also noted the importance of having Trump’s “strong voice” across the United States.

Lynch then showed appreciation to Trump for openly and vigorously defending police officers, even when others have shied away from doing so.  The president of the New York City Police Union joins a growing number of law enforcement leaders that are hopping on board the Trump train.

Yesterday, the 45th president also shared some statements of his own when police officers visited him in Bedminster, New Jersey.

Trump contrasted his support and respect for law enforcement with Democrats’ interest in the “[defamation], [demoralization], [defunding], [dismantlement], and [dissolvement]” of the police. Additionally, the president drew attention to the “left-wing war on cops” where police have faced attacks from civilians as Democrat leaders work to defund law enforcement.

We will bring safety to our cities. We will bring hope to our most distressed communities — and in everything we do, we will stand in solidarity with the men and women of LAW ENFORCEMENT! Thank you to the @NYCPBA for your endorsement. God Bless the #NYPD, and God Bless America! pic.twitter.com/u86rfizIom

The president’s 2020 campaign has run several ads slamming Joe Biden and Kamala Harris for their interest in defunding the police. Trump’s re-election team, along with the president himself, also continues to paint a clear picture of the danger that would befall a police-free United States.

What do you think about the New York City Police Union’s endorsement of President Trump’s re-election campaign? Be sure to let us know your thoughts in the comments section below!