Bringing back American jobs and restoring the nation’s economy is an ongoing fight. Coronavirus shutdowns have negatively impacted millions of workers and business owners in America; however, these questionable lockdowns are not the only adverse forces that our nation’s people now face.

In several communities across the nation, Black Lives Matter and other radical leftists determined that looting, burning, and stealing are OK when they don’t get what they want. Countless businesses have suffered complete ruination in the aftermath of protests regarding George Floyd, Jacob Blake, and now Breonna Taylor. 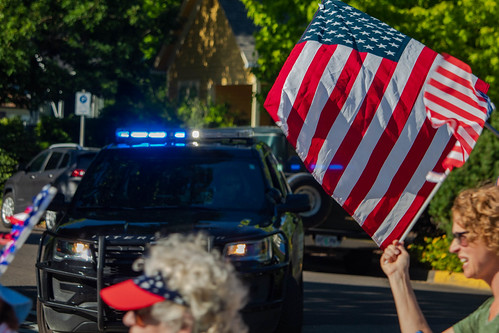 As the nation works to recover from so many damages, the return of the economy is absolutely imperative. This is why Vice President Mike Pence and first daughter Ivanka Trump visited Wisconsin yesterday, according to Washington Examiner.

A Closer Look at Pence and Trump’s Visit to Wisconsin

On Thursday, the vice president and first daughter visited different parts of Wisconsin, meeting with members of the community. Part of their travels involved time spent at an Eau Claire plant that creates countertops for kitchens.

During this time, the first daughter lauded the work and craftsmanship of staffers. Trump also explained she, too, is “from a building background.”

The Great American Comeback is powered by American workers like those VP Pence and I met today at Midwest Manufacturing in Wisconsin. 🇺🇸🇺🇸🇺🇸 https://t.co/xNCzERWdFC

Shortly thereafter, Trump explained that the president’s Made in America agenda is about restoring jobs and getting the economy back on track for all of the nation’s workers. Pence also touched upon these issues, noting the contrasts between President Trump’s America First agenda and Joe Biden’s allegiance to China.

Later during a trip to Minnesota, Pence and the first daughter also met with business owners whose shops were destroyed during riots perpetrated by Black Lives Matter anarchists.

While Mike Pence and Ivanka Trump campaigned in Wisconsin and Minnesota, President Trump traveled to Florida to also rally with his supporters.

During the president’s rally in the Sunshine State, he talked about not only the importance of the 2020 election, but also what a second Trump term will look like.

President @realDonaldTrump: Joe Biden wants to ban school choice and charter schools, but "In a second term I will provide school choice to every parent in America." pic.twitter.com/eZnfXIVIs2

The president vowed to provide school choice to parents across the nation; additional issues to come up included the 1776 Commission, new job creation, and support for law and order. Supporters of Trump passionately and enthusiastically cheered him on; furthermore, the Florida rally comes after the release of a poll showing the president with a slight lead over Biden.

What did you think about Mike Pence and Ivanka Trump’s time in Wisconsin? Did you tune into President Trump’s rally in Florida? Let us know down below in the comments section.