The fight against tyranny continues in the United States of America.

Despite calls to keep shutdowns lasting for 12-18 months or through 2022, the American people are not standing for it. Coronavirus’ recovery rate surpasses 90% and due to governors who got the bright idea to force businesses to shutter, millions of people are jobless with no end in sight. 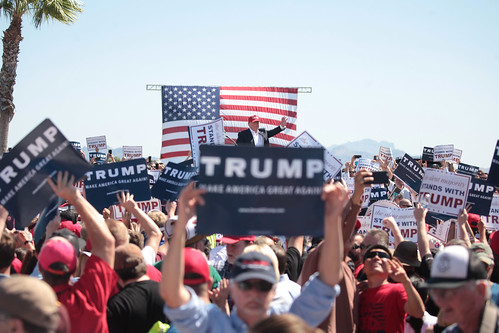 Several protests have already happened in America. As people tire of governments restricting their movements and telling them that bill-paying jobs are “nonessential,” a series of upcoming protests are being planned.

To date, there are planned protests to happen in Georgia, Wisconsin, California, Texas, New York, Oregon, and Pennslyvania.

What to Know About the Protest to Reopen Pennsylvania

Pennsylvanians Against Excessive Quarantine is leading the fight to reopen their state, along with ReOpen PA and End the Lockdown PA. To date, their Facebook group has over 42,000 members; per their statement, the protest against freedom-infringing lockdowns will take place Monday, April 20th at noon in front of the State Capitol building.

Residents of Pennslyvania are urging Democrat Gov. Tom Wolf to “stop his excessive quarantine” and open the state again. In a description for Pennsylvanians Against Excessive Quarantine’s Facebook group is criticism of politicians who are all too happy to shut everything down; remember, shutdowns that are killing millions of jobs continue despite COVID-19’s over 90% recovery rate.

The group notes that elected officials are “on a power trip,” micromanaging the lives of Americans, and “passing laws behind the cover of darkness” while eroding businesses and freedoms. As such, the goal of the upcoming protest is to have Pennsylvania reopened by no later than May 1.

In a statement, Pennsylvanians Against Excessive Quarantine noted some of the damaging consequences of lockdowns. A few examples of said damage include surges in child abuse, increases in domestic violence, and the documented link between opioid deaths and unemployment.

Will you be attending the protest to ReOpen Pennsylvania on Monday, April 20 at noon? What do you think of Gov. Wolf’s recent decision to veto a bill that would’ve allowed businesses to reopen with the condition of following CDC guidelines? Let us know in the comments section below!