At this time, 2020 Democrat Joe Biden continues his quest for a “simpatico” running mate that can work with him against President Trump in the general election.

Last month, many Americans speculated that Biden would go with California Sen. Kamala Harris (D), especially after a leaked photo of the former vice president’s notes appeared online. However, while Harris is under consideration, other women in the Democrat Party are also being vetted. 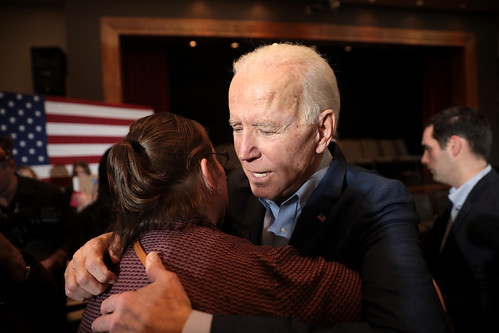 As time goes on, the lag in Biden’s decision to select and formally announce a running mate is beginning to hurt him politically.

Fox News reports the Trump re-election campaign’s criticism of Biden’s potential vice presidential selections along with his present inability to arrive at a conclusion.

Due to the former vice president’s age and instances that appear to indicate cognitive declines, some Americans are speculating that Biden only plans to serve one term in office; others have even suggested that if Biden wins the election in November, his vice president won’t have to wait too long before replacing him as commander-in-chief.

On Friday, Trump spokesperson Erin Perrine noted the ongoing delays among the Democrats and with Joe Biden’s campaign. The campaign press communications director also pointed out that the former vice president continues to “delay and delay and delay” in his search for a running mate.

Joe Biden would be the most radical far-left candidate in history!

“The Democrats are delusional socialists and wrong for America.” @ErinMPerrine pic.twitter.com/UmCHN65krR

Furthermore, Perrine noted the serious issues with Democrats that Biden is considering running with. California Rep. Karen Bass has an unfortunate history of lauding communist tyrants; meanwhile, Gretchen Whitmer, the governor of Michigan, has repeatedly breached her own edicts and executive orders that she expects state residents to follow.

In noting these points and others, Perrine informed that Biden is merely an “empty vessel” for radicals to take over if he were to make it in the White House.

As Biden runs for office, he’s put forth various plans and initiatives that he thinks will benefit the nation. Much of these plans involve raising taxes, undoing the work of President Trump, and giving more power over to the government.

Over the last century, America has defined itself by rising to meet existential challenges — and we have that opportunity once again. But we can’t just build back to the way things were before, we have to build back better.

Here’s my plan for how we’ll do it: pic.twitter.com/nuBqg0TIfP

The former vice president has also vowed to “transform” the nation, claiming that America will be better than ever before. However, a quick look at the specific nature of Biden’s proposed “transformation” shows “free” handouts, a Green New Deal, higher taxes, etc.

What do you think of the Democrats being considered as running mates for Joe Biden? Let us know in the comments section below!