This year’s Democratic National Convention pulled in considerably fewer viewers than 2016’s. Furthermore, nominee Joe Biden is presently facing heat for plagiarizing a speech given by a late Canadian politician in 2011. Throughout the four days of the nomination, conservatives also criticized the doom-and-gloom tone that Democrats maintained when talking about the nation as a whole. 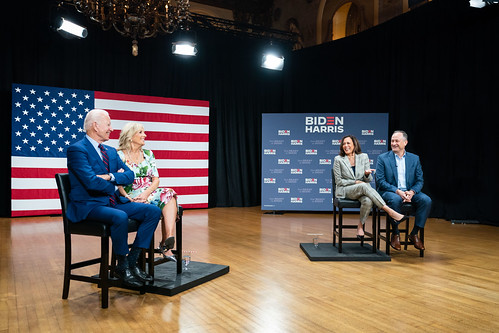 This week, the Republican National Convention is coming up. The convention will take place between Monday and Thursday, with speakers appearing all four nights.

With the first day of the GOP convention set for tomorrow, Americans are already speculating about what the nation can expect to hear from Republicans, according to Breitbart News.

What to Expect from the Republican National Convention

The GOP regularly hit Democrats for focusing more on President Trump than about their own policies they wish to implement. Due to this, Republicans are expected to take a “policy-oriented” approach to their convention this week. Such an approach will inevitably entail remarks about crime, immigration, the importance of law enforcement, etc.

So now the Democrats are using Mail Drop Boxes, which are a voter security disaster. Among other things, they make it possible for a person to vote multiple times. Also, who controls them, are they placed in Republican or Democrat areas? They are not Covid sanitized. A big fraud!

The issue of in-person voting vs. mail-in ballots is also likely to come up during the Republican National Convention this week. Republicans consistently maintain that Americans can show up to vote at the ballot boxes in person; even Doctors Anthony Fauci and Deborah Birx have stated that in-person voting is feasible.

Nonetheless, Democrats have largely pushed back against the idea that safe voting at the polls is possible. When it comes to mass riots and looting, though, Democrats cite these measures as peaceful protests, without condemning arson, destruction of businsesses, etc. as dangerous.

Amid low ratings for the Democratic National Convention, Republicans are wasting no time in letting Americans know when and how to watch the GOP speakers on Monday, Tuesday, Wednesday and Thursday nights. Viewership is possible on all devices from flatscreen televisions to laptops, tablets, and mobile phones.

Monday, August 24th at 9am EST, the official business of the 2020 Republican National Convention begins. Find the perfect place to stream it, and join us LIVE to watch this historic re-nomination! pic.twitter.com/dpgip0wnbv

Do you think speakers at the Republican National Convention will focus more on policy matters? Will you be watching the GOP convention this week? Let us know in the comments section below!