Radical Left Called Out for Support of Property Destruction

For months upon months now, property destruction has come along with the intense riots in several Democrat-run cities. Americans are watching as Antifa and Black Lives Matter activists burn down restaurants, small businesses, and even cars with no issues whatsoever.

Republicans, by all accounts, led the charge in condemning such malpractice. Only recently and after much political and social pressure have some Democrats begun to acknowledge that rioting and ripping apart communities is wrong and unacceptable. 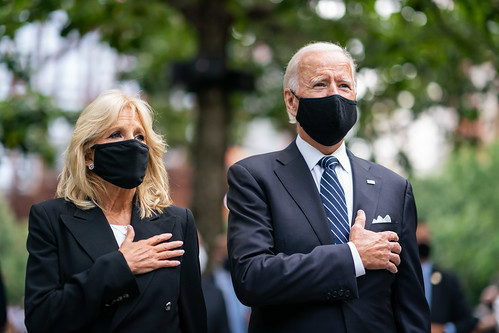 On Friday, though, Americans received new and interesting insight into the left’s predilection for the destruction of property.

TV host Bill Maher, who is far from a conservative, explained that the “far-left” views property destruction as an acceptable means to an end, confirms Breitbart News.

The Relationship Between Property Destruction and the Far Left

While speaking on HBO’s “Real Time,” Maher shared some insight into the mindset of folks with radically left politics. Maher informed that the far-left’s common talking points about taxing wealth has created the notion that destroying property is OK since that property is “replaceable.”

What does it say that @billmaher of all people calling you out for saying it's ok to destroy other peoples property. It's ok for you as long as it happens to others – but the minute it happens to you, your tune will change faster than Hollywoods opinion of Weinstein!

The TV host made clear that while this isn’t a mindset that he endorses, it still remains very prevalent. Likewise, Maher informed Americans that while the justification of property destruction exists on the “far left,” it’s not uncommon for far-left policies to “migrate” across the left-wing political spectrum.

Ultimately, the radical left sees no issue with property destruction since property is not directly tantamount to “somebody’s life.”

Putting an End to Property Destruction

The far-left might not have an issue with burning down buildings, smashing up cars, and vandalizing property, but many other Americans do. Numerous small businesses have found themselves caught in the literal crossfires of left-wing activists who care about nothing else besides going buck wild.

This is why Republicans in various positions of power are acting legislatively and executively to bring an end to riots, property destruction, and related criminal acts. While property and human life have their differences, these differences do not excuse or justify the ruination of the former.

Suburban voters are pouring into the Republican Party because of the violence in Democrat run cities and states. If Biden gets in, this violence is “coming to the Suburbs”, and FAST. You could say goodbye to your American Dream!

Rioters who are convicted in certain communities run the risk of not only jail time, but also loss of voting rights. In Congress, a GOP member has already presented legislation that would disentitle rioters from receiving COVID-19 aid from the federal government.

What do you think about the left’s outlook on property destruction? Do you believe this type of criminal behavior is ever acceptable? Let us know down below in the comments section.