For quite some time now, conservatives have warned about the perils of endless government spending.

Contrary to what the left would like to believe, the government cannot just endlessly hand out money to tens of millions of Americans who aren’t working. Government resources are not a bottomless pit; this is especially true when rainy day funds are draining faster than money is being put into them. 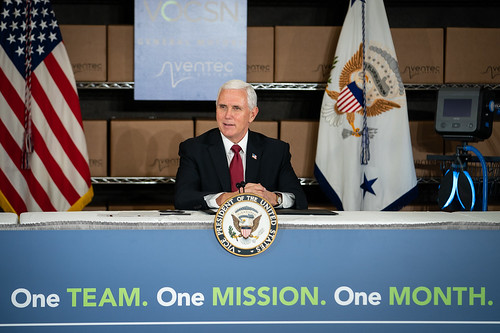 Earlier this week, Kentucky Sen. Rand Paul (R) spoke with the press and shared a brutally honest truth, explains Washington Examiner. That truth is that the United States no longer has any money to give to Americans who have taken financial hits because of lockdowns.

The Truth About Coronavirus Relief

In actuality, a coronavirus relief fund does not exist. The United States government has already collectively handed out millions and millions of dollars to countless Americans. Last month, the Payment Protection Program ran out of money, leaving innumerable small business owners out in the cold.

Unfortunately, some people still have yet to understand that having government dole out money is not a solution or answer to COVID-19.

Sen. @RandPaul drops the cold, hard TRUTH when a reporter asks about government providing more "relief" as the shutdowns continue:

"There is no money. There's no rainy day fund, there is no savings." pic.twitter.com/pEUZbRH2Jh

These are a few of many reasons why Sen. Paul explained that America doesn’t have the money to continue bailing people out. When speaking with a C-SPAN reporter, the Kentucky Republican also explained that in order to bail people out, America would have to borrow funds from China or other nations.

Finally, the senator disclosed that he doesn’t favor the United States spending money that we simply do not have. This ideology is in keeping with not only limited government spending, but also Paul’s political reputation as a balanced, fiscal conservative.

How much longer do you think it will take people to realize that government handouts are not the answer? What do you make of Sen. Rand Paul’s assessment of where America is in terms of a coronavirus relief fund? Let us know in the comments section below!