While the 2020 presidential election takes the center stage within national news, congressional elections are also underway.

Right now, Republicans are working very hard to maintain their majority in the Senate. Democrats have indicated a belief that they may be able to flip the upper congressional chamber blue, while strengthening their present majority in the House. The GOP, for their part, has no intention of allowing this to happen. 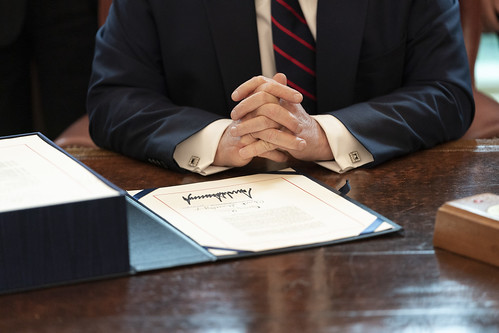 Yesterday, Senate Majority Leader Mitch McConnell spoke at the Republican National Convention. During a night focused on the theme of the “Land of Greatness,” the Kentucky Republican pushed for votes to ensure that the Senate stays red, according to Washington Examiner.

While addressing Americans via the Republican National Convention, McConnell explained the purpose, aims, and goals of GOP senators. The Senate Majority Leader noted that Republicans are all about supporting Americans, beating COVID-19, and restoring the nation’s economy.

McConnell noted that in order for these three aims to succeed, keeping Republicans in the Senate is a necessity, along with re-electing Trump for four additional years in the Oval Office. The Senate Majority Leader also made a point of noting that the GOP would not be bullied by the “liberal media” or others seeking to tear apart the country.

The Fight for a Red Congress

As Senate Republicans work to hang onto their congressional majority, House Republicans are seeking to regain theirs.

House Minority Leader Kevin McCarthy has expressed confidence in the GOP’s ability to restore the majority back to Republicans; earlier this week, McCarthy remarked that certain congressional GOP candidates have won elections already.

President Trump listens to the forgotten men and women of this nation. He has accomplished more in 4 years than Joe Biden has in 47 years of being in Washington. pic.twitter.com/s4ktt8h4SR

McCarthy also pointed out that Republicans are looking forward to not only taking back control of the House, but also booting out Pelosi as the House Speaker.

During the Senate Majority Leader’s remarks at the GOP National Convention, he slammed Democrats for seeking to control virtually every aspect of Americans’ lives. McConnell then contrasted this interest with Republicans’ respect and value for freedom in the United States.

Do you think Republicans will be able to keep the Senate and win back the House of Representatives? Let us in on what you think in the comments section down below!