The nasty consequences of shutdowns continue to linger in the lives of the American people. Even as the economy gradually bounces back, even as job opportunities present themselves in certain sectors, Americans are still hurting.

Right now, the nation is facing a situation where tens of millions of people remain jobless…all due to shutdowns over a virus that is more than 94.6% to the tune of 99.997% survivable. 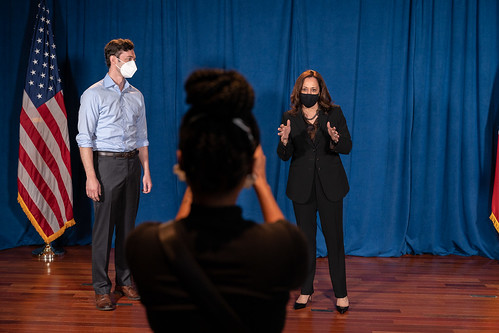 Earlier this month, the World Health Organization came out and cautioned against shutdowns. The group furthermore warned that shutdowns only worsen the plights of poor and struggling individuals.

Now, Washington Examiner confirms the extent to which shutdowns have caused Americans’ savings accounts to gradually dwindle down to nothing.

The Strain on Savings

The strain that is presently happening to so many Americans’ savings accounts is due to the combination of ongoing shutdowns and a lack of aid from the federal government. If current patterns continue, predictions indicate that Americans will run out of savings between this month and the early days of December 2020.

According to economist Ernie Tedeschi, the reduction of spending is only prolonging the delay of people’s savings eventually draining out. Some Americans are already out of savings right now; others are expected to also lose their savings next month and in December.

Biden: “Every single American should be wearing a mask when they’re outside, for the next three months, at a minimum.”

Biden: “I would shut it down.”pic.twitter.com/dJJIySlzdz

Further information from Tedeschi confirms that struggling Americans are scraping by with either food stamps or financial support from their families. As a result of the personal financial woes that so many Americans are experiencing, the overall spending of consumers is expected to drop in the nearby future.

The Possibility of More Stimulus Aid

News about Americans’ depleting savings accounts arrives as Congress struggles to reach an agreement on another stimulus package.

Republicans have heavily censured House Speaker Nancy Pelosi for taking an all-or-nothing approach towards negotiations. The Speaker of the House continues to play hardball and has openly admitted her interest in Democrats maintaining “leverage.”

Democrats chose to prioritize their partisan agenda at every turn.

Even CNN, of all media outlets, has questioned the speaker at length about why she and Democrats remain unable to work across the aisle and put together a stimulus package with the Republicans.

Thus far, Democrats have yet to offer any real resolutions.

Have your personal savings been negatively impacted by shutdowns? Do you think Congress will ever reach an agreement on another stimulus package? Let us know your ideas in the comments section below.