Some States May Have to Recount Votes

As of this Wednesday morning, Americans still do not have a definitive answer regarding who won the 2020 presidential election. All reports indicate that Michigan, Wisconsin, Pennsylvania, Nevada, North Carolina, and Georgia are still counting votes.

Both Trump and Biden have addressed Americans while counts of votes remain underway; numerous people across the country are now weighing in with their own thoughts and speculations about the process of votes being counted. 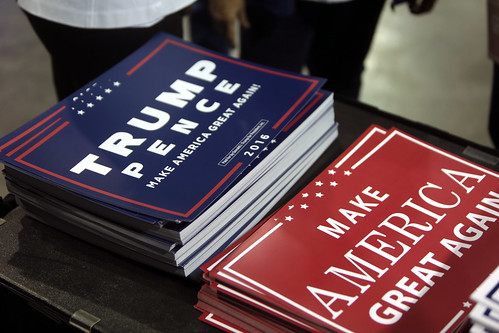 Earlier this morning, Trump indicated that he willing to take legal action and even involve the Supreme Court if election fraud appears underway. Likewise, Biden himself confirmed his willingness to proceed with litigation if his campaign deems it necessary.

In the midst of all this uncertainty, Washington Examiner reports that some “too close to call” states may actually wind up having to recount their ballots.

The Possibility of Ballot Recounts

Talk about recounting ballots has come up in states like North Carolina, Georgia, Nevada, and others. Record numbers of mail-in ballots arriving in states like Pennsylvania, Michigan, and more causes the likelihood of recounts to surge.

While some states have already been called in the favor of either Trump or Biden, candidates may have the opportunity to request a recount if the cited lead appears to be too close. Of course, the rules for recounts vary, with each state having its own guidelines, procedures, and regulations.

Giving up is not an option.

As of this morning, considerable amounts of Americans took to social media, noting the imperative nature of the recount process. Concerns about fraud, intentional miscounts, and other issues remain very much present as the nation awaits election results.

When Will Americans Get Final Results?

At this time, there is no definitive period for when Americans can expect to know the results of this election. The counting of votes remains ongoing; furthermore, if certain states wind up doing ballot recounts, this will also delay the timeframe for announcing a clear election winner.

Notice that the states that were “unable to count” their remaining votes were all the swing states where President Trump was ahead by huge margins last night.

The possibility of litigation from the Trump campaign and Biden campaign also remains a factor in this race. Right now, estimates indicate that several more days — or longer — may pass before the American people get a clear answer on who won the 2020 presidential election.

What do you think about states potentially having to recount ballots? Do you believe that President Trump will be announced as the winner of this election? Let us know in the comments section below!