Failed 2018 Georgia gubernatorial candidate Stacey Abrams is back in the news. Abrams achieved infamy after her botched attempt to become Georgia’s governor and her refusal to accept Gov. Brian Kemp’s fair win.

Abrams doesn’t take rejection very well, but she definitely has a fighting spirit. For weeks now, the failed gubernatorial candidate has continued to pitch herself as a desirable vice presidential running mate for Joe Biden. 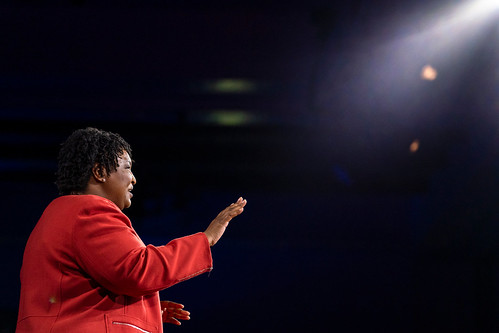 Her pitch maintains in spite of Biden’s almost complete ignorance of Abrams. By her own admission, the former vice president has not called to discuss the idea of her running with him, nor has anyone from Biden’s team.

During a Thursday segment on PBS, Abrams proceeded with her personal campaign to become Biden’s running mate. According to Breitbart News, the unsuccessful gubernatorial candidate professed that she is “in that number” of qualified prospects.

The Latest Pitch for a Biden-Abrams 2020 Ticket

While interviewing with PBS, Abrams was asked why she thinks she’s qualified to be a vice-presidential running mate; while fielding this question, the failed gubernatorial candidate was reminded that she has yet to serve in Congress or serve as a governor in any state.

In a somewhat defensive tone, Abrams pushed back, stating that she has never branded herself as “more qualified” than other potential Biden running mates. Abrams then stated that her “legislative experience” serves as a good qualification, along with her foreign policy work and status as a small business owner.

"These conversations about systemic racism, systemic injustice, … about who has the right to be treated as human in America — those are moments that can only be resolved through being able to access to our democracy and through the right to vote."

Finally, the unsuccessful gubernatorial candidate ended her sales pitch by professing that Biden has “no shortage” of worthwhile prospects to review. Abrams then made sure to note her “honor” to allegedly be one of the names on the list.

Do you think that Stacey Abrams will get her wish and become Joe Biden’s 2020 vice-presidential running mate? Don’t hold back your thoughts in the comments section below.