Critics of President Trump continue to take aim at his daily White House coronavirus press briefings. According to the president’s detractors, the press briefings aren’t helping Americans and supposedly put out “misinformation.”

Of course, this is simply not accurate. Just about every day, the president informs the nation about coronavirus, actions being taken against it, and medically-recommended ways to stop the spread. Furthermore, Trump is joined by members of the coronavirus task force, including Vice President Mike Pence, Dr. Anthony Fauci, Dr. Deborah Birx, and others. 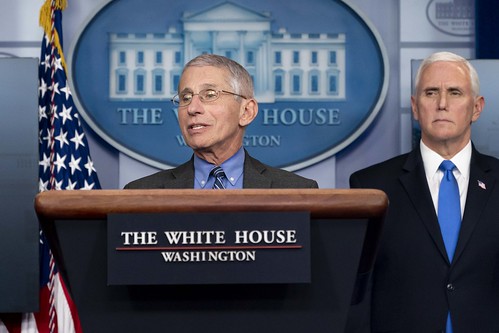 The president’s critics are so offended by his press briefings that they’ve called for networks to stop airing them, notes Breitbart News. Trump Derangement Syndrome runs so deep that The View co-host Sunny Hostin declared yesterday that Trump’s press briefings are actually “endangering” Americans’ lives.

When making her case for networks to stop broadcasting the White House’s coronavirus rallies, Hostin stated that Trump is giving “misinformation” during “clown press conferences.”

The co-host also pointed out that the president’s rhetoric about coronavirus changed between February 26 and now. What Hostin conveniently failed to mention is that Trump’s rhetoric would have to change, since the virus itself wasn’t at its current magnitude two months ago.

SHOULD TRUMP PRESS BRIEFINGS BE COVERED? The co-hosts discuss after some critics of the president have called on outlets to not broadcast the president’s daily coronavirus briefings live to the public. https://t.co/cVclFZQmjA pic.twitter.com/Mq31EPY330

Another interesting point arose when Hostin said that White House coronavirus press briefings are “akin” to the president’s rallies. This was used by Hostin as justification for effectively censoring reports and updates pertaining to COVID-19. Ultimately, the co-host opined that listening to COVID-19 press briefings occurs “at your own peril.”

Whenever leftists are failing to get their way, they immediately call for censorship. Americans witness this all the time when conservative social media users are censored for slights that their left-wing counterparts get away with. Democrats have additionally called for Trump to be banned from Twitter and now they don’t want networks airing his COVID-19 press briefings. 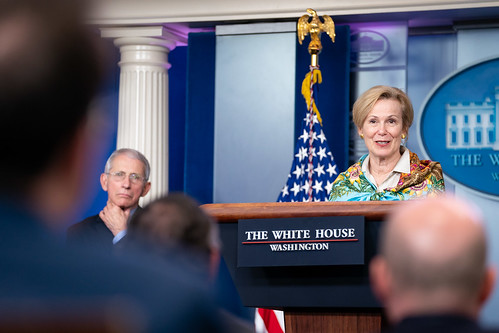 Censorship is not the answer. If Hostin has this great of an issue with the White House’s coronavirus press briefings, perhaps she should share what she knows about COVID-19 that the White House doesn’t. Of course, doing this is much harder than just calling for networks to no longer air what she doesn’t like hearing.

With that in mind, no one should hold their breath waiting for anything constructive from Sunny Hostin.

What do you think about President Trump’s daily White House coronavirus press briefings? Should news networks continue airing them? Let us know in the comments section below!