As the 2020 presidential election plays out, both the Trump campaign and the Biden campaign are seeking to win as many votes and as much support as possible. 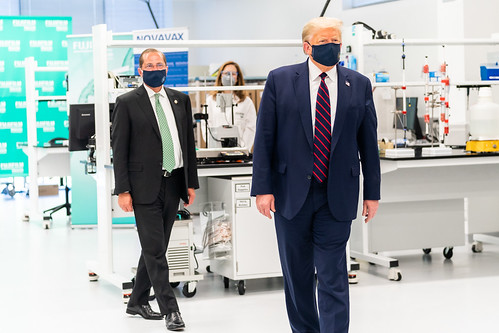 Both sides are increasing their attacks against one another. The president’s re-election campaign is criticizing Biden’s support for defunding the police and taking a permissive attitude towards crime; meanwhile, Biden went after Trump earlier this week, claiming that the president is promoting division in order to maintain political relevance.

Right now, both Trump and Biden are focusing on Texas. Breaking news from Washington Examiner reports that both candidates are neck-in-neck with one another and eager to win the Lone Star State come November.

The Fight to Win Texas

A new survey from Morning Consult indicates that President Trump is pulling in support from 45% of Texans, whereas Biden comes in with 47%. The company’s polling information does not inform whether or not more Democrats were surveyed than Republicans, however.

Nevertheless, both Trump and Biden are increasing their campaigning efforts in Texas. Today, the president will arrive in Texas to increase support in the deep red and traditionally Republican-voting state; his time will be spent in Odessa and Midland where he will join a fundraising lunch, give a speech, and visit an oil rig.

Biden, on the other hand, is increasing his presence of advertising in the Lone Star State. The former vice president’s latest strategy entails using the ills, negative aftermath, and fears associated with COVID-19 to turn voters away from President Trump.

President Trump’s campaign manager maintains confidence that Biden will not prevail in Texas. Last week, the Trump 2020 campaign manager outrightly dared Biden’s team to “play hard” in the Lone Star State and give it all they’ve got.

Ultimately, the odds of Biden winning the collective vote of Texas are extremely low. The Lone Star State has not voted for a Democrat since 1976; furthermore, Biden’s far-left proposals (such as increasing taxes and defunding the police) do not sit well with Texas Republicans and conservatives.

President @realDonaldTrump: If Joe Biden gets elected, the Second Amendment will be terminated#TeleRally pic.twitter.com/a90JxjDmcd

Allies of Biden are quick to note the aforementioned poll asserting a two-point lead for the former vice president. However, Americans must also remember than many polls also depicted Trump losing to Clinton in 2016. For this reason alone, history has taught us that polling is not the end-all, nor is it always indicative of the final outcome.

Do you think Texas will stay red or flip blue during the 2020 presidential election? Does Biden even have a chance of winning support from the Lone Star State? Let us know down below in the comments section.