On multiple counts, New York is in serious trouble. 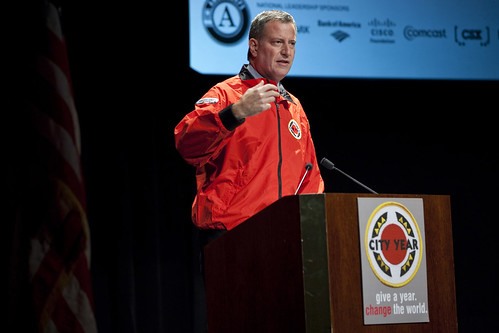 Despite shutdowns, mandatory face mask edicts, and other measures, New York continues to struggle. In fact, many of the state’s most affluent residents are fleeing due to mismanagement and poor policies. This has become so bad for New York that the governor has pleaded for wealthy now-former New Yorkers to return.

In the midst of the chaos happening, President Trump’s campaign is setting its sights on New York. As a matter of fact, Fox News confirms the president’s belief that he can win the state, despite its history of voting blue.

What to Know About the Struggles of New York

Aside from coronavirus, New York is taking major financial hits due to wealthy residents leaving the cities in droves. Thus far, Governor Cuomo’s appeals for affulent New Yorkers to return are falling on deaf ears.

It was showing signs of future problems, but was so good when I left 4 years ago! https://t.co/uF9T3ztMDd

Meanwhile, Bill de Blasio, New York City’s mayor, has agreed to decrease funding for the local police department. This decision has come at a time when crime is already increasing in the area; this, too, is a contributing factor in many residents getting out while they can.

President Trump has spoken up about the numerous plights that New York is facing. On Friday, Trump stated via Twitter that problems in New York have worsened considerably over the past four years.

How the Trump Campaign Can Win New York

President Trump has indicated that his policies can restore success and prosperity to New York.

This begins with lowering taxes, promoting school choice, and upholding law and order. As Trump and his administration work on across-the-board job growth for the entire nation, this can also positively impact the state of New York.

President @realDonaldTrump on his plans for a Second Term pic.twitter.com/FOZF9wYqVW

If the president wins New York in the 2020 election, this will mark a historic victory. Despite New York’s blue leanings, many residents are displeased with the current state of affairs, crime levels, and decisions being made by their leaders.

What do you think about the situations happening in New York? Do you think President Trump has a chance of winning New York in the general election? Be sure to let us know in the comments section below!