The 2020 presidential election cycle has been nothing if not eventful. Coronavirus, along with other matters, has certainly played a role in campaign strategies and various decisions made.

Yesterday, President Trump participated in a Miami-based town hall. The Florida event happened after the Commission on Presidential Debates called off what would have been the second presidential debate. The cancellation arrived after the commission attempted to switch the debate format from in-person to virtual, but Trump said no deal. 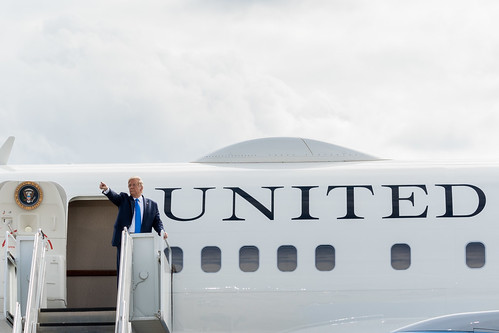 Thursday night’s town hall was interesting to many Americans. NBC News hosted the event and during this period, President Trump spoke about a variety of important matters, confirms Breitbart News.

What to Know About the Trump Miami Town Hall

While in Miami, President Trump’s speaking topics included coronavirus aid, legal immigration, the future of the Supreme Court, and much more.

Like other Trump events, yesterday’s town hall certainly came with its highlights. During one segment, the president discussed how the tax cuts he’s passed are benefiting both businesses and workers. In doing so came Trump’s warning that if the current tax rate is increased, American workers will ultimately be hurt most by this.

President @realDonaldTrump on corporate tax rates: Companies are pouring into the country because of the tax rate, and if Biden raises it we will end up with a depression "the likes of which you never had"#TrumpTownHall pic.twitter.com/ENp7Q7jT90

Additionally, Trump spoke about the fight to get a new stimulus bill voted on and passed. The president explained that, contrary to House Speaker Nancy Pelosi’s talking points, she actually doesn’t want to pass new stimulus aid.

Trump also noted that the House Speaker, who has publically talked about the importance of political leverage, believes that passing another federal relief package wouldn’t help her bid for re-election.

Reception from the Town Hall Audience

As the president spoke and answered questions, cameras also panned in on the audience at the town hall.

One woman made headlines for repeatedly nodding along to President Trump’s answers while he spoke; then, the president received a direct compliment from a different female voter who said he looks “so handsome” when he smiles.

Voter to President Trump at #TrumpTownHall: “You’re so handsome when you smile." pic.twitter.com/KgJThAtAQg

Trump supporters across the nation furthermore praised the president for his manner of getting through last night’s town hall. Many Trump supporters also affirmed the various responses given to different questions as reasons why they are backing and voting for the incumbent president in this election.

What did you think of the Trump Miami town hall last night? Do you believe the president won over any undecided voters? Let us know in the comments section below!