President Trump has been forced to endure an onslaught from the increasingly unhinged Joe Biden. In light of the COVID-19 outbreak, Biden’s attacks largely pertain to coronavirus and how he thinks the president ought to manage the situation.

Given Biden’s inability to get out two sentences without stammers or confusion, he’s in no position to be critiquing the president; nevertheless, Biden still insists upon doing so. 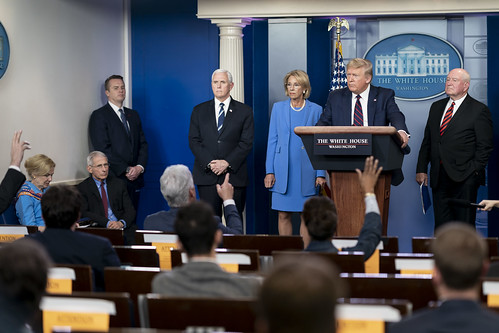 Yesterday morning, President Trump pushed back against censure from who is likely to be his general election rival. As a matter of fact, the 45th president even shared his thoughts on what a hypothetical Biden presidency would look like, according to The Daily Caller News Foundation.

Trump on How a Biden Presidency Would Look

When speaking with Fox & Friends, the president did not mince words.

According to Trump, if Biden were to ever weasel his way into the White House, he “wouldn’t even know what’s going on.” This assessment is not unwarranted. Even in Biden’s virtual appearances, he’s paused at inappropriate times, stammered his way through interviews, and just projected a tired, worn-out demeanor.

I watched a portion of low rated (very) Morning Psycho (Joe) this Morning in order to see what Nancy Pelosi had to say, & what moves she was planning to further hurt our Country. Actually, other than her usual complaining that I’m a terrible person, she wasn’t bad. Still praying!

Trump, who is only four years younger than Biden, has at least one hundred times more stamina, energy, and fitness. This is evidenced not only by the president’s demeanor and in-office accomplishments, but also by the measures he’s taken against coronavirus. As Trump himself explained to Fox & Friends, he’s gotten critical FDA approvals for necessary medical equipment, increased access to COVID-19 testing, and much more.

Many states across America have put their primary elections on hold due to the infamous coronavirus. However, Americans will eventually get to cast their votes and Biden is all but certain to win the Democrat nomination.

Aside from the party’s establishment pulling strings behind the scenes to help Biden, he’s also more than 300 delegates ahead of Bernie Sanders, his last remaining rival. 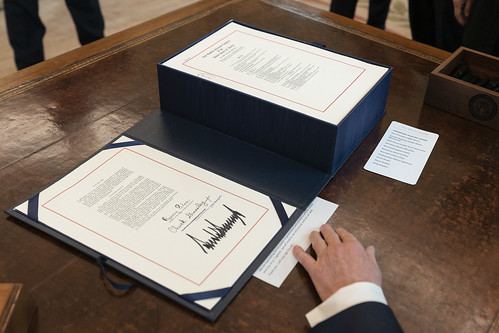 In the general election, our nation’s citizens can expect to see an epic defeat of Joe Biden; this race won’t be close. Even Democrats and progressives have expressed their concerns about Biden’s cognitive declines and inability to field attacks from someone as formidable as the incumbent president.

Do you agree with President Trump’s take on what a hypothetical Biden presidency would look like? How do you think coronavirus will impact this year’s general election? Let us know in the comments section below!