New York is dealing with a lot of problems.

The state is suffering from some of the most prevalent cases of COVID-19 deaths, following Governor Andrew Cuomo’s bright idea to place individuals who were coronavirus-positive in the same facilities of patients in nursing homes. 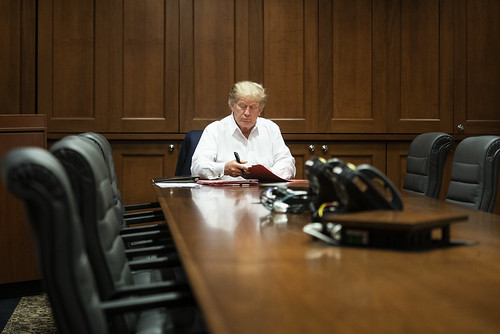 Likewise, New York City Mayor Bill de Blasio (D) is working to shut down small businesses, schools, bars, and restaurants in major parts of the locality. Many establishments in the Empire State are set to close for good following prior shutdowns and there’s no telling how gravely another shutdown will impact the community.

The Trump Organization vs. the NYAG

What many people don’t know about New York Attorney General Letitia James is that she vowed to go after the Trump Organization while campaigning for her current position. James has followed through on this promise, thus causing first son Eric Trump to provide an under-oath testimony as of Monday.

The NYAG’s targeting of my family violates every ethical rule she was elected to protect. Last month alone there were over 240 shootings in NYC, yet the NYAG’s sole focus is an anti-Trump fishing expedition that she promised during her campaign. New York is so lost. pic.twitter.com/Oca4KSaTVf

Trump’s testimony yesterday occurred virtually; specific details have yet to be released to the public, though. However, Americans have learned that a significant focal point of the New York attorney general’s is a Trump property based in the state’s Westchester County.

Towards the end of last month, the first son spoke out against James’ decision to go after the Trump organization. Trump maintains that the investigation from the New York attorney general is purely political and uncalled for, especially in light of the very real issues that the Empire State faces.

The Fall of New York

Like other blue states, many residents of New York are fleeing and moving to red states, such as Florida and Texas.

New York don’t bring that #Democrat bull 💩to #Florida we are red and we plan to stay red!! pic.twitter.com/Lq6TDthLNL

The New York governor has severely hurt the state by forcing through astronomically high taxes; even after so many wealthy residents left the Empire State, Cuomo has yet to learn his lesson. In fact, the Democrat governor is working to increase taxes on the residents who remain in New York.

What do you think about the New York attorney general going after the Trump administration after vowing to do so during her political campaign? Let us know where you stand in the comments section below!