It is a given at President Trump’s rallies across the nation attract conservatives, Republicans, and other members of his base.

Since the inception of his presidency, Trump has continued to maintain extremely high approval ratings from the GOP. However, recent information has shown that Trump rallies are actually helping the president expand his base and bring in new supporters who are likelier to vote for him. 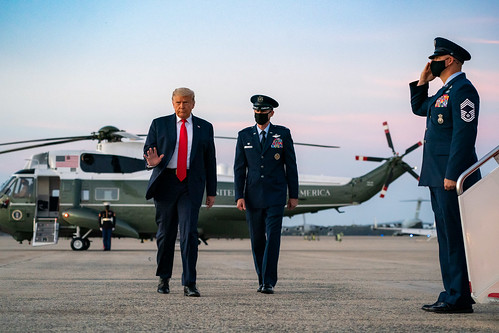 According to Townhall, Trump rallies are attracting not only first-time voters, but also Americans who are not registered as Republicans to vote. This speaks volumes about not only the silent majority in America, but also about the wide range of support that the president has and is drawing in.

The Data on Trump Rally Attendees

The president’s rallies in Florida, Pennsylvania, North Carolina, Georgia, Iowa, Michigan, Wisconsin, and many other states each have significant amounts of turnout from voters who are not only Republicans, but also Democrats, non-Republicans, and 2016-non-voters.

News about this information arrives after data from the Republican National Committee. Breaking down the sign-ups along with attendees and their voter registrations has provided confirmation of the accuracy of Trump rally attendees’ demographics.

For years now, the Trump campaign has spoken about the power of the silent majority. Not everyone who supports the president is loud and outspoken about it. Furthermore, contrary to media reports, there are certain moderate Democrats who have become disillusioned with the left’s radical shift and therefore made the switch to Team Trump.

At these rallies, President Trump has repeatedly welcomed moderate Democrats to leave the socialist left and come join the party of Abraham Lincoln. Based on the information from the Republican National Committee, it appears as though Trump’s invitations have not fallen on deaf ears.

Getting Out the Vote

At each and every one of his rallies, the president is pushing for Americans to get out there and vote for four more years.

Trump is also very clear on what a vote for him entails; a vote for the incumbent president means a surge of new jobs, keeping America open, protecting communities via law and order, lowering tax rates, and much more.

This evening, the president will join Biden in Nashville for the very last presidential debate of the 2020 election.

Are you surprised that non-Republicans, Democrats, and first-time voters are showing up to President Trump’s rallies? Let us know what you make of this information in the comments section below!