The rallies of President Donald Trump are like no other political events in our country’s history. Throughout the 2016 and 2020 presidential elections, Americans have come out in droves to hear the president speak. Trump knows how to interact with the audience, engage the crowd, and attract audiences to hear him speak. 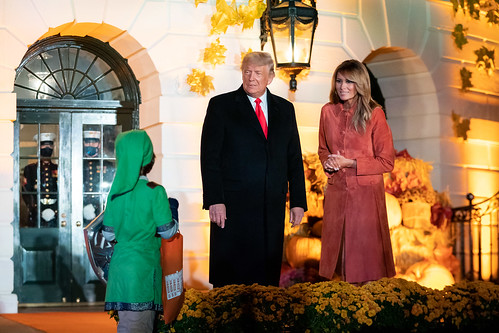 Democrats and other Trump critics are very fearful, and hence on the attack, against the rallies that the president holds. They call these rallies “superspreader events” while condoning large left-wing gatherings and lootings.

Despite the left’s talking points, Trump, to this day, continues to gather thousands upon thousands of individuals at the many rallies he’s hosted.

Now, Washington Examiner confirms that Trump rallies are likely to continue even after Tuesday, November 3.

The Future of Trump Rallies in America

Right now, there’s a lot of ambiguity about whether or not a clear winner of 2020 will be declared on Tuesday night. This is, in part, due to states that have allowed for ballots to be counted days and weeks after November 3. Ballot harvesting is also a troubling factor that’s present in several states.

President @ealDonaldTrump: Under our Platinum Plan, we'll create 3 million new jobs for Black Americans, restore safety to every neighborhood and deliver school choice to every parent in America pic.twitter.com/FtKeoyZckP

In light of this, the Trump campaign may continue to hold rallies even after Tuesday. According to advisers for the president’s re-election campaign, the aforementioned rallies could keep happening as votes are counted. These rallies would be part of a “morale boost” for Trump supporters in battleground states like Michigan, North Carolina, etc.

It’s also likely that Trump rallies past Tuesday will occur not only in battleground states, but also in the states where vote counts remain underway. Early voting, however, generated substantial turnout this month, with Americans coming out in droves to vote ahead of November 3.

The Latest from the Trump Campaign

At this moment, the Trump campaign has not released any official statements on rallies scheduled for post-Election Day.

With three days left until November 3, the priorities of the Trump campaign remain centered around winning the election. The president will engage in several more rallies between now and Tuesday; in most states, early voting has ended, however, Americans who still have not cast their votes yet have a final opportunity to do so on the third of next month.

Would you go to a Trump rally after Election Day? Did you vote early or will you be voting on Tuesday? Let us know in the comments section below.