The legal fights in the 2020 presidential election have caused President Trump’s supporters to come out in droves. Amid the ongoing attacks from the left and a sham of an election, Trump supporters want the president to know that they have his back; this is why over one million of the president’s backers gathered in Washington D.C. yesterday.

Trump’s fans filled the streets of D.C., donning Trump apparel and carrying Trump flags, signs, and more. The demonstration was 100% peaceful and the 45th president’s supporters were more than delighted to see him stop by in a motorcade to wave and say hello to everyone. 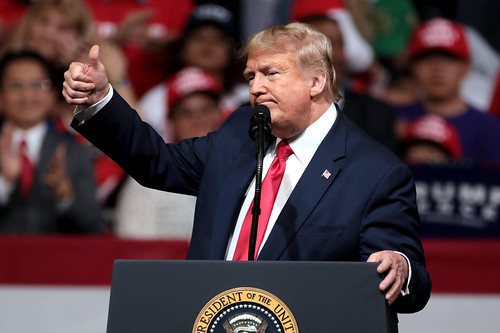 However, following the peaceful demonstration, Antifa and other left-wing militants ganged up on Trump supporters and viciously attacked them. As the footage and images of the aforementioned attacks appear online, President Trump and other top Republicans are unleashing on Antifa via social media.

Why Antifa Waited Until After the Demonstration to Attack

As most Americans are aware, there is great strength in numbers. It’s worth noting that during the daytime, left-wing militants did not go after Trump’s supporters. They waited until the sun began to set and bided their time until people were leaving before launching their assaults.

This didn’t go unmissed by President Trump who blasted this behavior on Twitter. The commander-in-chief slammed “ANTIFA SCUM” for waiting until most of the pro-Trump crowd left before descending on the remaining 1%.

ANTIFA SCUM ran for the hills today when they tried attacking the people at the Trump Rally, because those people aggressively fought back. Antifa waited until tonight, when 99% were gone, to attack innocent #MAGA People. DC Police, get going — do your job and don’t hold back!!!

In the second half of a tweet, the president also encouraged Washington D.C. police officers to get out there and stop the attacks against his supporters.

During a debate against President Trump earlier in the presidential election cycle, Joe Biden claimed that Antifa is merely an “idea.” Yesterday’s events in D.C., along with countless others, merely prove the inaccuracy of this assertion.

In the light of day, tremendous crowds of Americans peacefully rallied in Washington in support of President @realDonaldTrump.

Then in the cover of darkness, dozens of Antifa thugs launched violent attacks in the streets. Conservatives will not be intimidated by cowards!

House Minority Leader Kevin McCarthy (R) joined President Trump in holding Antifa accountable. The GOP congressional leader ripped into the “dozens of Antifa thugs” who waited for “the cover of darkness” to attack men, women, and children who support the 45th president.

McCarthy also vowed that conservatives won’t allow themselves to be intimidated by the antics and violence from the militant, radical left. Last night, D.C. police wound up making multiple arrests due to the outbreaks of violence.

What do you think about President Trump and Leader McCarthy’s strong words against violence from Antifa? We want to know your views in the comments section below!