The development of a coronavirus vaccine is something that’s remained in the works for some time now.

Polls have shown that a sizable portion of Americans harbor concerns about getting a vaccine for COVID-19; the timeline of the vaccine’s development, paired with the virus’s survivability rate of 94.6% to 99.997% (depending on age) are critical factors. 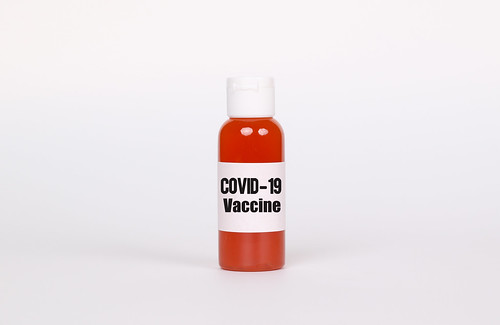 Nonetheless, a vaccine for the virus has completed development stages and is now waiting for the Food and Drug Administration’s (FDA’s) green light. Whether or not Americans line up to get this vaccine remains to be seen; however, President Trump did provide some important updates about the vaccination, according to Townhall.

What to Know About the Vaccine for Coronavirus

Earlier in the week, President Trump addressed Americans in the White House Rose Garden. When talking about the COVID-19 vaccine, the president cited Operation Warp Speed as a smashing success.

Praising the program as “unequaled and unrivaled, Trump mentioned that the work of Operation Warp Speed played a part in Pfizer’s recent announcement of a vaccine that is reportedly over 90% effective. Again, the vaccine itself has come under certain criticism and scrutiny, including from members of the president’s base.

"Our investment will make it possible for the vaccine to be provided by Pfizer free of charge!"

While the president himself has stated that he would not mandate the vaccine for Americans, other leaders and officials at state levels have pushed to mandate it; Virginia and New York are two examples.

However, in Trump’s remarks, he stated that the U.S. military is prepped to provide states with millions of coronavirus vaccine doses. The president then predicted that people less vulnerable to the virus will have vaccine access by April of next year, while others will have the chance to receive the injection towards the end of 2020.

On Locking Down the Country Again

While speaking in the White House Rose Garden, President Trump vowed that his administration would not have any more lockdowns. This marks a stiff contrast against Biden who is already taking on advisers that want nationwide lockdowns lasting for four to six weeks.

Multiple Republican governors have come out and stated that they won’t comply with orders to shut down; in layman’s terms, were Biden to ascend to the presidency, calling GOP governors to request a lockdown would be a waste of time.

Well I’ll be moving there and get out of this socialist State Michigan!

What do you think about the latest news on the coronavirus vaccine? Do you think the FDA will provide its stamp of approval? Let us know down below in the comments section.