Throughout President Trump’s first term in office, he has focused on a series of matters that are of great significance to this nation.

Upholding immigration laws, lowering taxes, scrapping Obamacare’s individual mandate, etc. are merely the tip of the iceberg. The president’s supporters have subsequently rallied behind policies of this nature, while his political foes work to undo them. 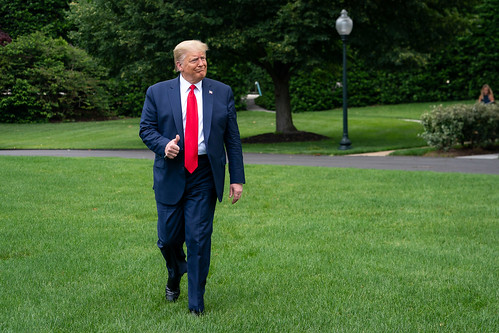 Now with the 2020 presidential election before the nation, Trump is campaigning for a second term in office. This week, Trump’s plans for policies and reforms he seeks to carry out as president became available, as noted by Breitbart News.

The president’s plans for his second term in the White House encompass a variety of issues. These issues include, but are not limited to, tackling COVID-19, fostering job creation, healthcare and education improvements, protection of police, upholding legal immigration, etc.

As coronavirus remained a pressing issue, the president is striving to have an available vaccine before this year ends; this would ideally be coupled with a “return to normal” next year. Furthermore, Trump seeks to ensure that healthcare workers across the nation have access to all the necessary support, resources, and personal protection equipment.

President @realDonaldTrump on his Second Term Agenda: “I would love to see school choice” pic.twitter.com/LvxEiuqXGv

Trump’s plans in other areas include, but are not mutually exclusive to, the following: restoring manufacturing jobs from China back to America, slashing prices of prescription drugs, instating term limits for congressional members, increasing numbers of small businesses, etc.

How Americans Can Learn More Information

President Trump will be speaking on all four nights of this week’s Republican National Convention. During this time, the president will undoubtedly cover at least some of his plans for a second term in the Oval Office.

Trump’s preparation for a second term in office arrives as Biden and his Democrat allies seek to undermine the president. Already, the former vice president has admitted that he will implement a national mask mandate and furthermore lock down the nation again, if advised to do so by “the scientists.”

President @realDonaldTrump: The @GOPconvention will be uplifting, unlike the dark Democrat Convention pic.twitter.com/xsC9dnoRYP

Trump, on the other hand, remains against the notion of yet another shutdown. This, too, is another issue that the president can be expected to touch upon this week, during his speeches at the GOP National Convention.

What do you think about President Trump’s plans for his second term in office? Be sure to share your thoughts in the comments section below!