TV Host Warns “Defund the Police” Will Backfire on Leftists

In 2016, President Trump broke the political left by defeating Hillary Clinton and ascending to the White House, against all odds.

Ever since then, Democrats have gone overboard in their attempts to be as radically anti-Trump as possible. The problem, at least for leftists, is that they’re too blinded by hatred to see they’re just shooting themselves in the foot. 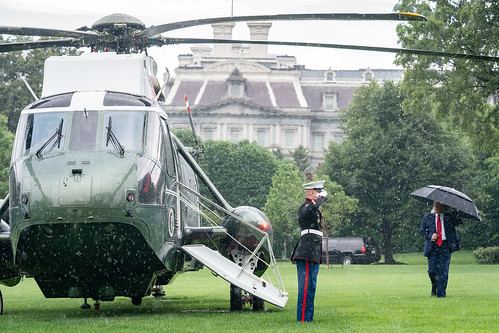 Over recent weeks, leftists have embraced calls to defund the police. They’ve even managed to bully some Democrat mayors into yanking funding from local police departments. As time passes, Americans are seeing what’s only the start of inevitable consequences.

On Friday, TV host Bill Maher warned that one of the inevitable consequences of calls to defund police is more votes for Trump in 2020, reports Breitbart News.

Maher on Calls to Defund the Police

During his time on-air, Maher professed that it is “so Democrats” for the left to call to defund the police.

He stated that such a campaign would ultimately encourage Americans to vote for Trump in this year’s election; however, Maher did vocalize his support for “diverting” funds from police departments, while stopping short of supporting the defunding or abolition of police.

Hey @TheDemocrats, we're making some headway here. Can we not turn this into something that makes people want to vote for Trump? Yes, we should #divertthefunds but not #defundthepolice. #CommunityFirst #BlackLivesMatter pic.twitter.com/2Rb9jHvAUl

The talk show host didn’t mince words on Friday. He tore into liberals for sabotaging their “headway” against Trump, stating that Democrats must engage in official meetings to be ” this f*cking stupid” about their political approaches.

Despite Maher’s assessment and criticism of those who seek to defund the police, this push remains very much alive. Based on the actions of leftists mayors like New York City’s Bill de Blasio, Los Angeles’ Eric Garcetti, and others, the Democrats won’t be giving up their push to defund the police anytime soon.

Do you think calls to defund the police will work against Democrats in this year’s general election? Let us know in the comments section below!