Undecided Voters Won Over by Trump in Final Presidential Debate

Undecided voters in the 2020 presidential election are rarely discussed, yet very much present.

Voters who are not yet sold on a candidate can definitely help swing an election in one way or the other. Last night’s final debate in Tennessee played a significant role in the election for Trump, regardless of whether certain folks on the left choose to acknowledge it. 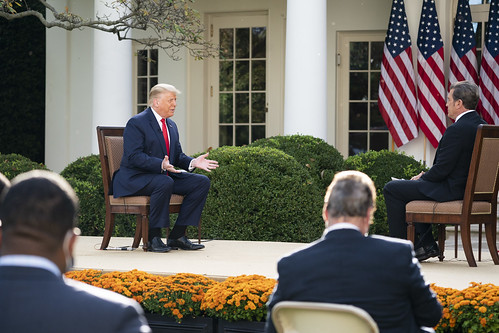 Undecideds maintained that the president did a good job of holding his own and remaining focused; Biden, on the other hand, did not really win over many undecideds, confirms Breitbart News.

What to Know About Undecided Voters

Undecided voters in America were ultimately won over by President Trump’s tone and manner of conducting himself on the debate stage. Words like “surprisingly presidential,” “reserved” and “poised” were used to describe Trump last night.

The same cannot be said for Biden, however. Rather than winning over undecided voters, the former vice president appeared feeble and out of it. In contrast to Trump, undecideds described Biden as “grandfatherly,” “vague,” and “unspecific” last night.

“People running for office have to tell you what they plan to do and how they’re going to do it.

I thought Joe Biden would tell us tonight, but there was nothing there.” #Debates2020

Likewise, voters unsure of which way to go stated that President Trump’s four years in office thus far shows that he’s “proven something.” This assessment arrived as Trump repeatedly hit Biden last night for accomplishing absolutely nothing during a 47-year political career.

Winning Over the Nation

Feedback from undecided voters shows that the president’s strategy of pointing out Biden’s failures and lack of accomplishments worked last night.

While on stage, the Democrat presidential candidate spent tons of time talking about his plans. Biden stated he would do this and do that; however, Trump repeatedly held Biden’s feet to the fire, stating that the Democrat should explain why he never did anything during his eight years as Obama’s vice president.

Biden never really answered this question and apparently, it didn’t sit too well with undecided voters. Meanwhile, attendance data from President Trump’s rallies shows that these events are also attracting undecided voters and voters who are not registered Republicans.

Do you believe that the president will win the vote of undecided Americans in the 2020 presidential election? What do you think of the positive feedback that Trump earned from undecided voters? Let us know in the comments section down below!