Unemployment in the United States is a very real issue that millions of Americans are battling. When communities across the nation shut down this year, businesses, workers, entrepreneurs, and others within the private sector suffered greatly.

While some Americans are getting back to work, many others are either furloughed or permanently out of a job. Some places are hiring, but, for many Americans, it’s tough out there. The reluctance that certain Democrat governors have towards reopening their states also isn’t helping the economy or the financial plights of Americans. 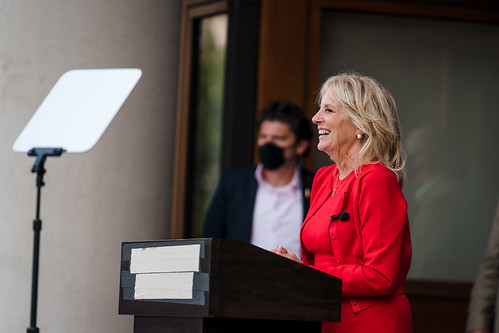 Some of the latest information from the Department of Labor does indicate that some hope may exist.

Per Washington Examiner, last week’s applications for joblessness aid dropped down to 751,000. This marks an overall 40,000 reduction in unemployment claims since last week.

What to Know About the Reduction in Unemployment Applications

Last week’s 751,000 claims for joblessness assistance is 19,000 less than the number of claims economists expected. The latest findings from the Department of Labor indicate that while the wounded economy is gradually making a comeback, there are still many suffering Americans.

Despite last week’s reduction, the current unemployment application rate is nearly triple the rate of where it stood prior to coronavirus shutdowns. Moreover, economists maintain that the United States is far from being out of the woods; there is still much to be done and many Americans who need to get back to work.

Bouncing Back from the Shutdowns

Shutdowns killed numerous jobs and businesses at a much faster rate than they’ll return. This has forced many Americans to live off of their savings, yet, even that comes with some bad news.

Economists foresee that many Americans are going to run out of savings between this month and the month of December. Certain folks who are already out of savings or didn’t have them, to begin with, are relying upon financial assistance from relatives or food stamps from the federal government.

As millions of Americans struggle to make ends meet, Congress is also unable to reach a resolution on a stimulus package for the country. Due to ongoing standoffs, Republicans and Democrats won’t have any more stimulus aid for Americans until after the 2020 election.

How much time do you think will need to pass before the economy gets back to its pre-COVID-19 position? Share your thoughts on the current economic state down below in the comments section.