The fight to restore Americans’ jobs and get people back to work is far from over.

During the height of COVID-19, more than 40 million Americans lost their jobs. Such extensive job loss is largely attributed to lockdowns, though; stay-at-home orders ultimately barred individuals from going to work, maintaining their businesses, and keeping up economic stability. 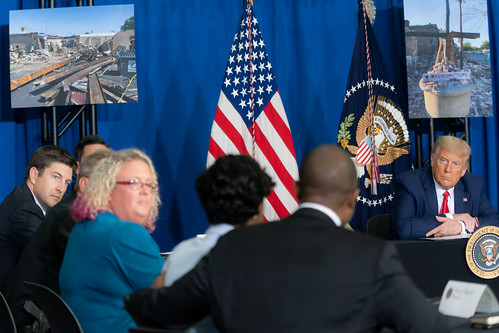 Even as lockdown orders are lifted, many people are still going through tough times. Certain businesses have shut down for good; however, new updates from Breitbart News indicate that there is light at the end of the tunnel.

Claims for unemployment reached a new low during the last week of August; in the case of many Americans, this symbolizes hope and a potential new step on the path to a pre-COVID-19 economy.

Reviewing the Newest Report from the Labor Department

Per the Department of Labor, the government received just 881,000 claims for unemployment. This number marks a significant decline from previous weeks and months; it is also fairly lower than the joblessness claims put out by the nation’s economists.

A fall in unemployment claims arrives as certain communities begin to ease restrictions. Some of the hardest-hit industries, such as restaurants and retail, are being given the green light to reopen, albeit at reduced capacities.

Different states are experiencing various jobless claim rates; much of this is triggered by the decisions of their leaders. For instance, California is the state to face the largest surge in unemployment claims between August 16-22.

As many Americans are aware, Governor Gavin Newsom largely reinstated lockdowns throughout the state last month; naturally, this had a negative impact on working residents, hence the claims increase.

Bringing the economy back to where it was before coronavirus is a goal that the Trump administration continues working towards.

One of the steps being taken to ensure this happens is the provision of safe reopening strategies. For instance, when various sectors have necessary personal protective equipment, they are likelier to feel more comfortable with going back to work and opening their doors for business.

This, in turn, stimulates the economy and decreases the amount of individuals who need to file for unemployment. Ultimately, getting the American people back to work is vital for continued declines in jobless claims.

What do you think about the latest information from the Department of Labor? Do you believe unemployment claims will continue to fall in the weeks and months to come? Let us know what you predict in the comments section below!