Reopening our nation’s schools is a key priority for the Trump administration and many conservatives. As coronavirus deaths decline, the social, educational, mental, and emotional health of children must be taken into account.

Many proponents of reopening our schools cite studies which show that transmission of coronavirus from and between kids is very rare. Additionally, many schools across the nation have already remained closed for quite some time, due to COVID-19. 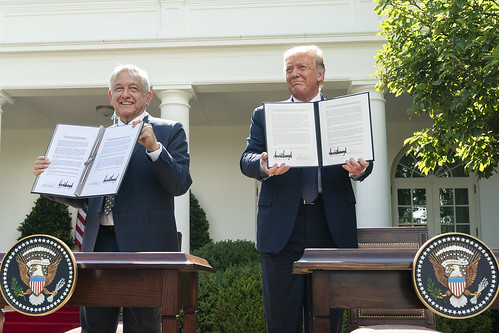 Earlier this week, New York City Mayor Bill de Blasio announced that local schools will only open on a “part-time” basis this fall. Other leaders and education officials are considering virtual learning for children, rather than in-house learning.

Earlier this morning, President Trump slammed the idea of virtual learning via Twitter, citing it as “TERRIBLE.” Fox News also reports the president’s warning that schools that choose virtual learning over in-house education may, in fact, lose funding from the federal government.

The Problem with Virtual Learning

Trump’s assessment of virtual learning arrives after observing this form of education on a “large scale basis.” Unlike traditional learning, children who learn virtually will not be able to sit in classrooms, spend time with their peers, and otherwise gain human interactions with others in the ways they should.

Now that we have witnessed it on a large scale basis, and firsthand, Virtual Learning has proven to be TERRIBLE compared to In School, or On Campus, Learning. Not even close! Schools must be open in the Fall. If not open, why would the Federal Government give Funding? It won’t!!!

Ongoing virtual learning additionally runs the risk of emotional and social underdevelopment for young people. This is a point that First Lady Melania Trump mentioned earlier this week when stressing the importance of getting children back into classrooms across the nation.

With all this in mind, schools that opt for virtual learning will lose funding from the federal government, per President Trump’s own words. A similar fate may also befall schools that choose to remain closed this year instead of reopening with certain precautions like social distancing and temperature checks.

Many Americans are not happy about the prospect of schools remaining closed this year. Some have even stated that there’s a political angle at work here. Americans with this outlook believe that Democrats favor school closures in the hopes that this will hurt Trump’s chances of winning re-election.

Proponents in favor of keeping the schools shuttered maintain that the safety of children is their main concern; however, as bars, restaurants, and other establishments reopen, many Americans believe that a safe return of schools is possible as well.

Do you think our nation’s schools should remain open or closed? Sound off with your thoughts in the comments section below!