As many Americans remain out of work, the federal government is working to reach an agreement on unemployment aid provision.

This continues to be proven easier said than done. Congressional Republicans and Democrats sparred with one another throughout the week, yet still remain at an impasse. Sadly, struggling Americans forced to contend with shutdowns or directives that ban them from working are caught in the crossfires. 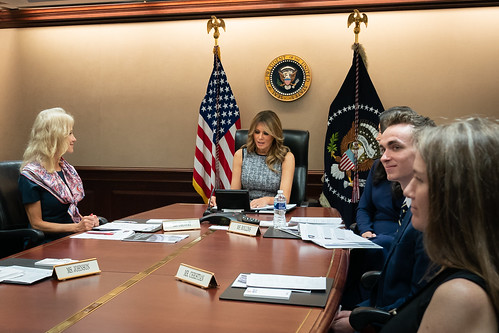 On Friday, the White House had some choice words for congressional Democrats. As explained by Washington Examiner, these choice words arrived after Democrats blocked all of four proposals offered by GOP members.

The White House vs. Democrats in Congress

Statements from the White House arrived via Mark Meadows, the unit’s chief of staff. Meadows admonished members of the Democrat Party for choosing to dismiss “four different offers” in spite of Americans who are barely hanging on.

Mark Meadows says the Trump administration has made four separate COVID-19 stimulus offers to Democrats on the Hill. All were rejected.

"They have not even been countered with a proposal." pic.twitter.com/ZIZMCVlNJf

Meadows also noted that Democrats are rejecting unemployment aid offers without providing any of their own because Democrats think they have the cards and the power.

The White House chief of staff then informed that it is “unfortunate” for Democrats to play politics and prioritize getting their own way over Americans getting relief.

What do the Democrats Have to Say for Themselves?

Congressional Democrats are pushing back against statements from Republicans and the White House. Instead of explaining why Democrats chose to reject four different proposals to help jobless Americans, Speaker of the House Nancy Pelosi is pointing the finger at the GOP.

You need to believe in science and governance in order to bring an end to this pandemic. #AC360 pic.twitter.com/X1oBL8q1GP

Pelosi stated earlier this week that Republicans “distrust” working Americans since the GOP won’t get on board with weekly $600 payments. Republicans have pointed out that when government checks surpass workers’ earnings, this disincentivizes people from returning to their jobs.

A lack of workers’ presence then increases the likelihood of businesses shutting down for good. Nevertheless, though, Democrats remain bound and determined to ensure that weekly $600 payments are included within any offer. Republicans, however, remain firm on their proposed $200 in weekly payouts along with other benefits.

As things currently stand, Democrats and the GOP remain deadlocked regarding providing unemployment aid to Americans. Debates and conversations are expected to recommence next week.

What do you think about the White House’s response to congressional Democrats? Do you believe Republicans and Democrats will be able to reach an agreement on unemployment aid? Let us know down below in the comments section.