Civil unrest, riots, and crime surges are rapidly causing Democrat leaders to fall out of favor with Americans. Since the summertime, major cities across the nation have struggled to bring destruction and violence to an end.

In many regards, Democrats are enabling acts of anarchy by refusing to work with the federal government. As communities are ravaged and as small businesses are looted, Democrat leaders are telling federal officials not to come into cities to restore law and order. 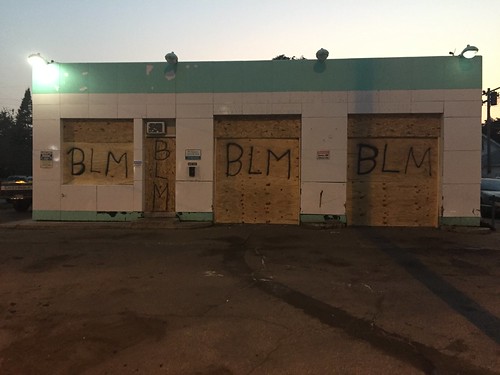 However, when assessing the situation in Wisconsin, it appears that state residents have had enough. Washington Examiner confirms that Wisconsinites are working to remove Governor Tony Evers (D) from his position as soon as possible.

Wisconsin has found itself under a national spotlight since the confrontation between police and Jacob Blake. This confrontation resulted in the shooting of the latter, prompting mass riots, vandalism, and outright crime.

Wisconsin residents are beginning to see that riots have consequences. Since back-to-back nights of looting and destruction, the entire state is now on the hook for multiple millions of dollars in necessary repairs.

Kathy and I join the people of Wisconsin in offering our condolences to these individuals, their families, and the Kenosha community.

Governor Evers has earned the ire of Wisconsin residents for failing to act sooner and request the National Guard or federal law enforcement in a timely manner. Wisconsinites also note that as their governor refused to act, their officers also didn’t shield businesses from being pillaged and destroyed during riots.

In light of these details, numerous Americans who reside in Wisconsin want Evers recalled from his current position as their governor.

How Close is Governor Evers to a Recall?

The work to recall the Wisconsin governor will require at least 25% of the election’s participants to sign a petition in favor of removal.

In the state of Wisconsin, that 25% amounts to roughly 670,000 voters; those seeking to recall Governor Evers must also garner this number of signatures prior to October 25.

I also ask the individuals who are not there to exercise those rights to please stay home and let local first responders, law enforcement, and members of the Wisconsin National Guard do their jobs.

Many Wisconsinites in favor of booting Evers from power are also residents of Kenosha. The governor is being accused of “[sitting] back” and “[doing] nothing” as rioters from other communities went into Kenosha and destroyed the city with seemingly no consequences.

Of course, Wisconsin’s Democrat Party has strongly come out against the grassroots campaign to strip Tony Evers of his title as governor.

What do you think about Wisconsin residents moving to kick their governor out of office? Should other Democrat leaders who react passively to riots meet the same response from citizens? Share your thoughts with us in the comments section below!